In Costa Rica, no one is immune to home robberies, not even if you are one of the most recognizable faces in the country, like that of Public Education minister, Leonardo Garnier. 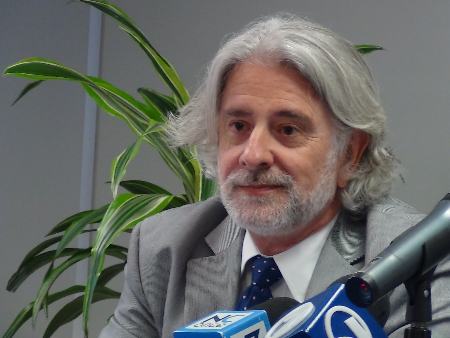 The Fuerza Publica and Organismo de Investigacion Judicial (OIJ), report responding to call from the Garnier home in Zapote.

According to the police report, the minister and his wife, Maria Marta Ortiz, were not at home at the time. At home was Garnier’s daugther and a domestic employee, who were locked up in one of the bathrooms while the assailants made off with a number of undisclosed items.

Last Friday, three men broke into the home of legislator Patricia Pérez, located in La Uruca. The legislator described he ordeal as a “born again” experience.

According to the legislator, the assailants took advantage of the moment her daughter was coming into the house, to force their way in. Pérez said that the men stormed the house once the remote garage door began to open.

Authorities discard an increase in home robberies, but recommend taking care when arriving or leaving home.