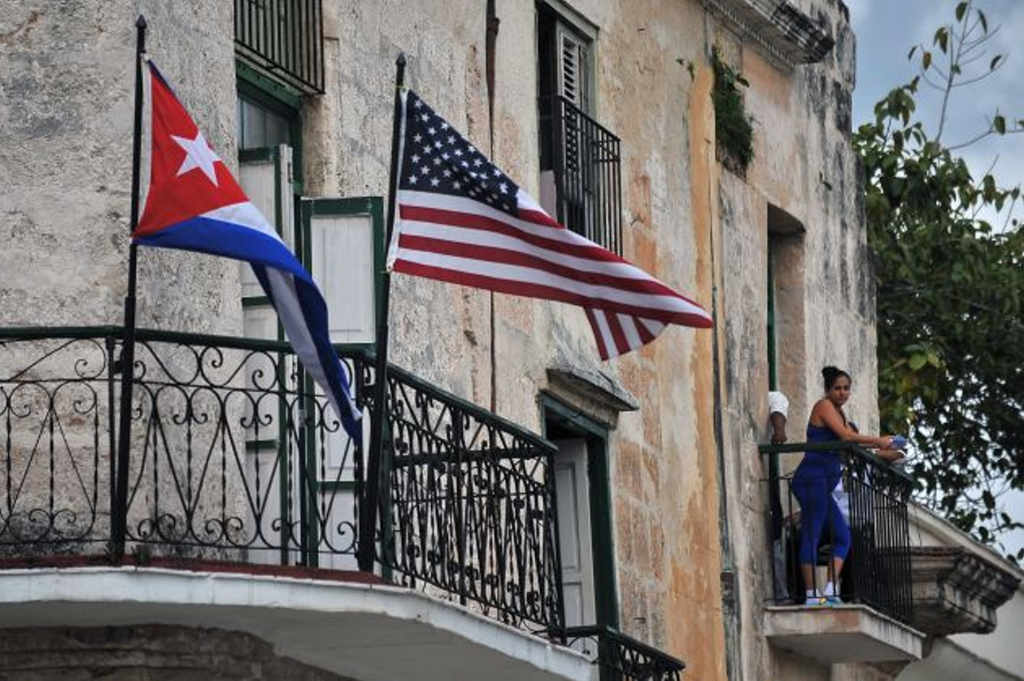 The US imposed oil sanctions against the regime of Nicolas Maduro. The sanctions have begun to take effect not only against the Chavista officials but also against the network of Cuban spies that the Castro regime maintains in the South American country.

In an interview with the newspaper, El Nuevo Herald, the interim president of Venezuela, Juan Guaidó, pointed out that the sanctions are impacting the capacity of Cuba to carry out espionage activities in the country.

“The intelligence network has shrunk to some extent by cutting off the supply of oil to Cuba [with the sanctions]. The support of our allies leaves those networks without funding,” he said.

He explained that the effect of the sanctions is visible, for example, in the social monitoring network that the Cuban dictatorship maintains through the Barrio Adentro health program, where healthcare facilities operated by Cuban personnel collected data on individuals.

He added that Cuba plays a role in decision-making, “It is the close security ring. Maduro relies so little on the armed forces that his closest security circle is Cuban.”

Despite the sanctions imposed by the United States against the Cuban and Venezuelan regimes, the socialist allies are doing the “impossible” to evade them and continue wielding power.

In March, it was revealed that the island continues to send Cuban military to support Maduro. “They are summoning young people, making them commit, register, to go to Venezuela when necessary,” says a Cuban in a video published by journalist Yusnaby Pérez on 6th March.

Through Venezuela, the Castro regime succeeded in maintaining the financial support that would allow it to continue subduing the Cubans. The persistence of the authority of Chavism, eventually, becomes essential for the sustenance of the Castro regime.

Recently, it became public that Maduro decided to convert oil tankers into warships after guarding them with active personnel of the Venezuelan Armed Force (FANB), anticipating the possibility that the United States might try to block the shipment of crude oil to Cuba.

The oil embargo imposed by the United States on all shipping companies and ships that decide to send Venezuelan crude oil to other countries, especially Cuba possibly influenced Maduro’s decision.

The decision to militarize the oil tankers comes after an action that could be described as kidnapping headed by the Bolivarian Intelligence Service (Sebin), which took by force the Venezuelan oil tanker Manuela Saenz to force it to transport gasoline and diesel to Cuba, in violation of international sanctions and the orders of Venezuelan President Juan Guaidó.

On 1st May, intelligence officials decided to replace the captain of the “Manuela Saenz” when he refused to bring the ship to the island, and they intimidated the crew who had protested against the measure. They threateningly boarded the vessel and thus ensured the transfer of these fuels to the island.

The US imposed an oil embargo on the Maduro regime to accelerate its fall. Thus, the dictator is looking for new ways to transport petroleum to Cuba. They are doing so through pirates.

Similarly, the Venezuelan state-owned oil company, PDVSA, flees international embargoes and seizures by transferring crude oil at sea: a measure that resembles the one used by smugglers or drug traffickers to evade justice.

Although the sanctions force Cuba and Venezuela to devise new ways to stay in power and cut the income of those countries, the truth is that the sanctions are not enough to end the dictatorships as the island’s regime has been in power for decades despite international pressure.

According to economist and journalist Benjamin F. De Yurre, the sanctions will not bring about the fall of Maduro’s regime, but they help increase the pressure on him.

“How are communist tyrannies overthrown? Perhaps by intelligence operations to destabilize governments? Or by military actions on the ground? Each specific situation requires special treatment. The important thing is not to be limited to sanctions,” he said in his opinion piece published in early May in El Nuevo Herald.

The international community has not agreed upon the best option to ensure Maduro’s departure from power.

The United States recently expressed disagreement with Canada, since the latter considers that negotiating with the island’s regime is the best way to pressure the fall of Maduro.

US Vice president Mike Pence disagreed with Canadian Prime Minister Justin Trudeau’s statement, “In the Lima Group we recognize that Cuba can potentially play a positive role in the well-being and future stability of Venezuela.”

A poll conducted by Venezuelan research firm Meganálisis revealed that 89% of Venezuelans would be happy to see a foreign military coalition end Maduro’s dictatorship.

Venezuela cries out for military intervention, asks the world for help to defeat the dictatorship; it is the regime that has the weapons, the innocent die while demanding their rights and due to the scarcity of food and medicine. In the meantime, the world is sticking only to sanctions and communications that remain on paper.

In Venezuela, democratic options have been exhausted. There can be no free elections in the South American country because the electoral body is in the hands of chavismo; nor can there be justice because the ruling party has hijacked the Supreme Court. Only the National Assembly of Venezuela remains. However, its hands are tied as the regime has blocked it completely.

Whether you're celebrating a birthday, anniversary, or just getting...
Front Page