Vehicle Restriction Will Not Be Extended Beyond Downtown San Jose 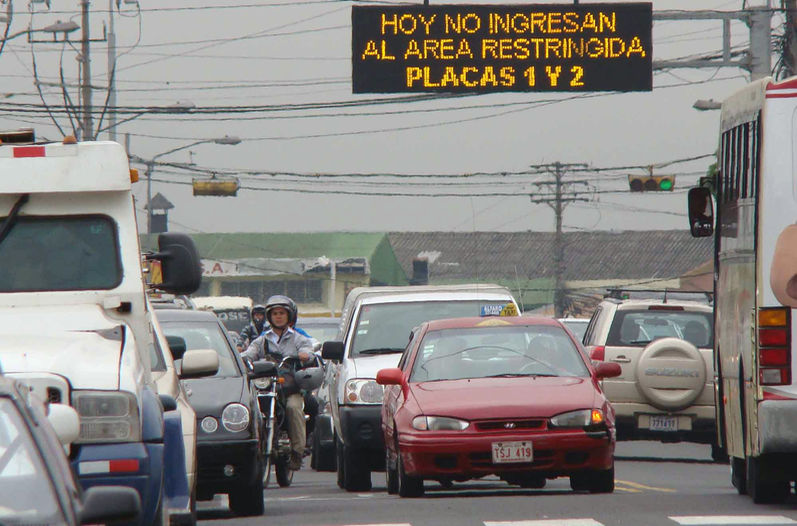 (QCOSTARICA) The vehicular restriction applied in San Jose will not be extended to other roads in the Greater Metropolitan Area (GAM).

Villalta added that it is pointless to extend the restrictions beyond the current area that for the most part takes in the central area of the capital city without more officers to fine drivers.

At present, the Policia de Transito (Traffic Police) has 763 active officials. Authorities estimate the police force should have at least 1,161 officials to cover a larger area of restriction.

What was the idea? Weeks ago the MOPT announced the possibility to extend the restrictions to the autopistas General Cañas (San Jose – Alajuela), the Florencio del Castillo (San Jose – Cartago) and parts of the Ruta 32 (San Jose – Guapiles).

According to the Policia de Transito, daily some 300,000 vehicles circulate the metropolitan area of San Jose.

Fines for violating the vehicular restriction is ¢22,000 colones (plus costs).