Venezuela Goes Shopping: To Spend US$100M For Food In Panama 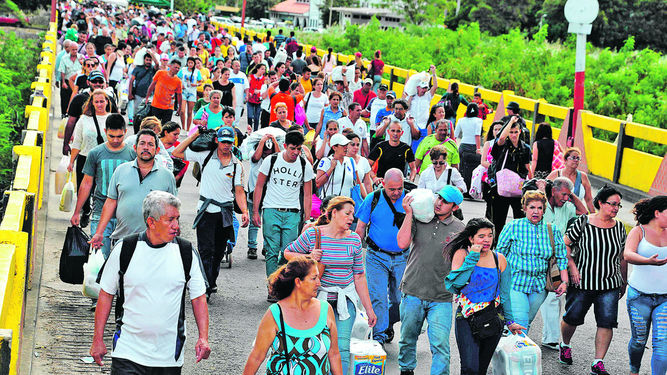 (Today Venezuela) With US$100 million dollars in its wallet, the government of Nicolas Maduro is heading to Panama to buy food and personal care products, among others, to fill the shelves of supermarkets in Venezuela.

The plan is to negotiate with Panamanian companies interested in selling food and commodities that can come into the country duty free.

Deputy Minister of Domestic Trade in Venezuela, Urbáez Renier said that “… ‘As soon as we have analyzed the profile of companies that are financially solvent, have acceptable prices and can guarantee shipping logistics, we will be signing the contract and making a down payment.”

On the shopping list is more than one thousand tons of products,  … including canned tuna, tomato sauce, mayonnaise, pasta, wheat flour, rice, lentils, black beans, margarine, oatmeal, coffee, powdered milk and canned meat, ” said the official, who is hopeful that the products will reach Venezuela’s stores in not more than three weeks.

“… Urbáez explained that so far more than six Panamanian companies have expressed interest and they expect to finalize contracts this week. ”

“The case of the Colon Free Zone (Panama) is a private to private transaction, but this purchase of food and commodities is covered by the binational trade deal between the governments of Venezuela and Panama, agreed at the meeting of the Association of Caribbean States (Asociación de Estados del Caribe) held in Cuba last June, where presidents Nicolas Maduro and Juan Carlos Varela decided to promote trade. It is important to note that this US$100 million is already available because it is a direct payment of the Venezuelan State to Panamanian companies, ” said Urbáez.

It is not the first time that Venezuela makes direct food purchases. Traditionally it acquires products in Brazil, Argentina and the Dominican Republic, with whom it has also negotiated an exchange of oil for food.

Last weekend more than 100,000 Venezuelans crossed the border into Colombia to buy food, medicine and other supplies in the town of Cucuta north of Santander.

Some of the processed foods that Venezuela wants to purchase in Panama are imported (not produced in Panama), products the country cannot obtain directly or through intermediaries from the producers or distributors.