TODAY VENEZUELA – Inflation in January-May hit 23%, according to the figures of the Central Bank of Venezuela. This is the highest increase during such period since 1996, even though the government of Nicolás Maduro keeps price regulations in place for a large number of goods and services. 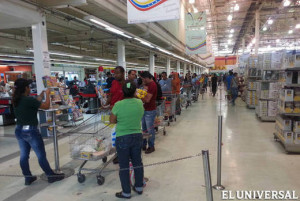 Prices went up 5.7% in April and May. Therefore, inflation in the last 12 months averages 60.9% and there is no sign of prices going down in the absence of good news on demand, supply, and foreign currency performance.

Meanwhile, the central bank reckons inflation is not economically driven. In its report, it states, “April-May were affected by political conflicts taking place in several main cities of the country, which somehow compromised production, distribution, and trade of consumption goods and services.”