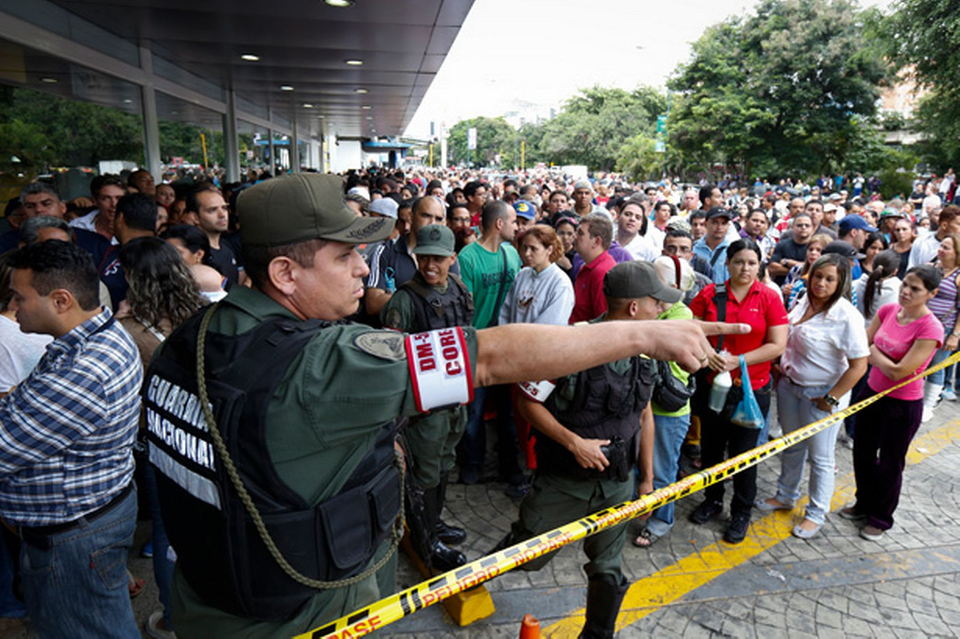 TODAY VENEZUELA (InsightCrime.org) President Nicolas Maduro has ordered Venezuela’s security forces to maintain order in supermarkets and food distribution sites, highlighting how the country has prioritized political-driven security issues over efforts to lower one of the world’s highest homicide rates.

On January 8, President Maduro announced soldiers and police officers would begin to guard the country’s supermarkets, which have seen extremely long lines due to food shortages, reported AFP. Venezuela has experienced a scarcity in numerous basic products over the past year, including milk, flour, and toilet paper.

Meanwhile, the arrest of 12 students by police during a protest in the western border city of San Cristobal on January 7 was another example of the employment of security forces. The government remains intolerant of social unrest and the activities of the opposition. Venezuela has previously drawn international criticism for their heavy-handed response to anti-government marches in early 2014.
InSight Crime Analysis

The deployment of Venezuelan security forces to supermarkets and the crackdown on social protests suggest Maduro is more interested in keeping a lid on unrest rather than implementing meaningful security reform and tackling rampant crime. The questionable use of security forces has dogged this administration, and the misguided allocation of state resources to combat crime is likely a contributing factor to Venezuela’s status as one of the most violent nations in Latin America.

Despite Venezuela’s critical security situation, the government continues to focus on manipulating or hiding politically damaging crime statistics rather confronting the issues, forcing citizens to take security into their own hands. The recent killing of 7 people by alleged gang members at a funeral in the northern state of Aragua indicates gang violence has spread beyond the capital city of Caracas, forecasting an even bleaker security outlook for Venezuela this year.

On the other hand, the use of soldiers and police to guard Venezuelan supermarkets could be a tacit admission by the Maduro administration that the economy is crumbling due to falling oil prices, so that even the most basic goods can be worth fighting over. Venezuela’s dire economic straits are a key reason the country is considered by InSight Crime to be highly susceptible to organized crime’s influence and facing a deteriorating security situation in 2015.