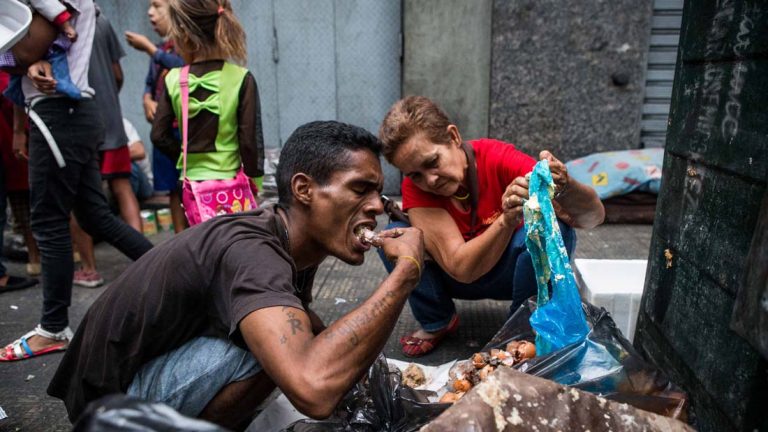 TODAY VENEZUELA (Insightcrime.org) Venezuela is likely the second most dangerous nation on earth, and with the situation of political, economic and social crisis set to worsen, escalating homicides are expected in 2017.

The Venezuelan Violence Observatory (Observatorio Venezolano de Violencia – OVV) estimated 28,479 “violent deaths” during 2016, a homicide rate of 91.8 per 100,000 residents. As a point of comparison, the murder rate in the United States is less than five per 100,000. The count included deaths from confrontations involving security forces, many of which are suspected to be extrajudicial killings.

According to the OVV, Venezuela maintained its rank as the second most violent nation in the world outside of open war, second only to El Salvador. In 2015, the OVV estimated 27,875 “violent deaths,” a homicide rate of 90 deaths per 100,000 residents in 2015. Roberto Briceño León, the OVV director, told EFE that the annual increase in violence is “moderate” but “alarming.” (See InSight Crime’s 2014 and 2015 regional homicide rankings).

The 2016 annual report highlighted several trends that fed the murder rate. Crime became more violent with the widespread use of firearms by criminals, police and military responses became more violent (at least 80 percent of cases of resistance to authority ended in death), and severe food and medicine shortages also fueled criminal activities.

During 2016, living conditions in the country further deteriorated. Hyperinflation is spiraling out of control. And while the minimum wage has increased, salaries have been eroded by the rising cost of products, leading to a proliferation of the black market. Security forces have become increasingly heavy handed, spurring violent resistance from organized crime groups, which are growing in number, size and sophistication. These trends are likely to continue in 2017, further feeding the murder rate.

The situation in Venezuela looks set to worsen in the year to come. According to a report by risk consultancy G4S, the International Monetary Fund (IMF) predicted an inflation rate of 1,640 percent in 2017 for Venezuela. Food and medicine scarcity in 2016 saw the development of “hunger crimes.” Rampant impunity and a worsening economic and political crisis will only feed the expansion of a new breed of criminal gangs known as “megabandas.”

The Venezuelan government has previously admitted to keeping crime figures secret and frequently withholds official statistics. While the OVV’s figures are widely trusted, they were challenged in July 2016 when academic research questioned the methodology. Critics argued that in 2013 the OVV double counted deaths reported by Venezuela’s investigative police force, the CICPC. However, in the total absence of transparency from the state, the OVV figures are the best available, and none doubt the trend of worsening homicides in Venezuela.