TODAY VENEZUELA NEWS –  Attention Venezuelan shoppers: Please proceed to the supermarket checkout for fingerprinting. That could be a reality if a plan announced earlier this week by the country’s president, Nicolas Maduro, goes into effect. 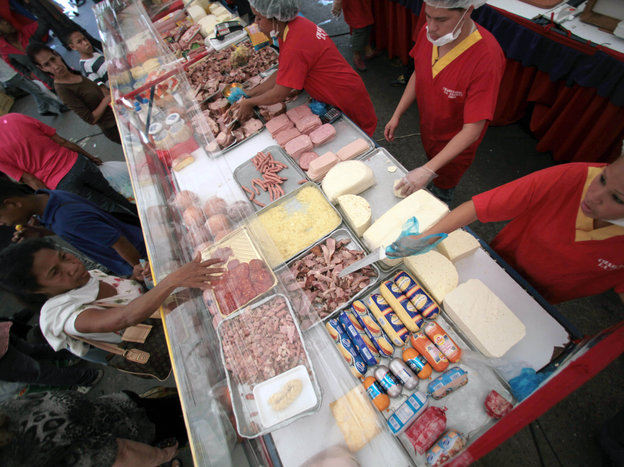 The purpose? Combating shortages caused by rampant smuggling of subsidized food in Venezuela across the border into neighboring Colombia. Maduro says the system would stop people from buying too much of a single item.

According to the , up to 40 percent of subsidized goods from Venezuela are smuggled into Colombia.

“The amount of staples smuggled to Colombia would be enough to load the shelves of our supermarkets,” Gen. Efrain Velasco Lugo, a military spokesman, told El Universal newspaper.

Shortages of basics such as cooking oil and flour have been a problem for more than a year now, officials say.

According to The Associated Press, a similar scheme was tried earlier this year on a voluntary basis at Venezuela’s government-run supermarkets, but the report gave no indication on whether it worked.

Not surprisingly, the move has been met with skepticism. The opposition says it is tantamount to rationing and, in any case, a breach of privacy.