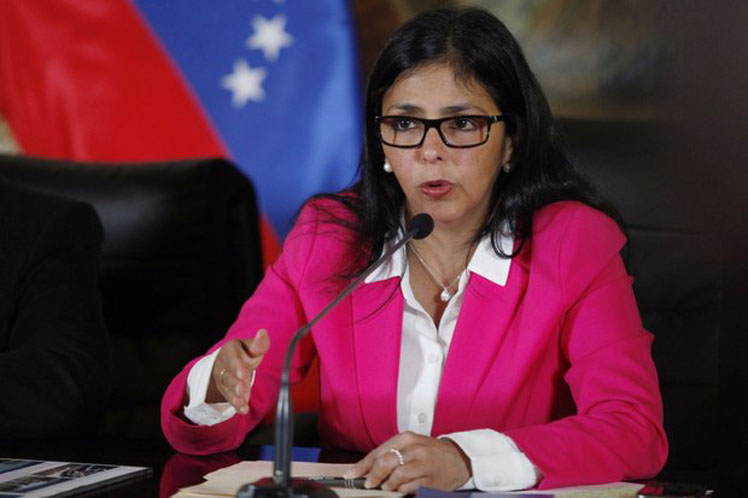 (Prensa Latina) Venezuela has denounced the US double standard on human rights. The foreign minister, Delcy Rodríguez wrote on her Twitter account that the US, after causing massive suffering on the planet today, wants to lecture the world.

The comment came after the spokeswoman of the United States Department of State, Elizabeth Trudeau, critized the arrest of ultra right-wing leader, Leopoldo Lopez.

Rodriguez referred to US intervention in the internal affairs of the Venezuelan state and recalled the thousands of civilian victims and innocents killed by invasions launched by Washington and its allies.

The day before, Trudeau had described as ‘arbitrary detention’ the arrest of the right-wing opponent, Lopez, author of the coup plan ‘La Salida’, a terrorist act that killed 43, wounded 878 and left significant material losses.

Rodríguez retorted that the ‘US government defends and protects its main agent in the country, trained and prepared in the north to take power violently.’

‘Since the arrival of the Bolivarian Revolution, The White House has undertaken interventionist actions against the nation, which are in keeping with with the position of the Venezuelan right-wing, because the government addresses the interests of the people and does not respond to foreign powers,’ continued the foreign minister.