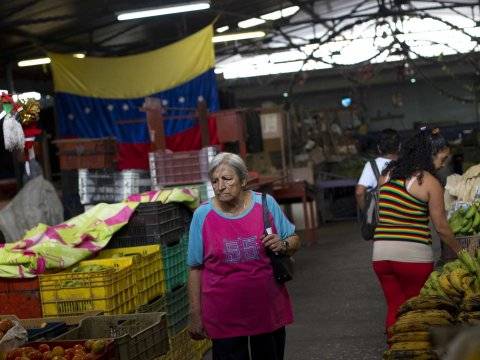 (QVENEZUELA) Venezuela’s inflation soared to 56.2 percent in 2013 but slowed in the last two months of the year after the socialist government forced stores to cut prices, officials said Monday. 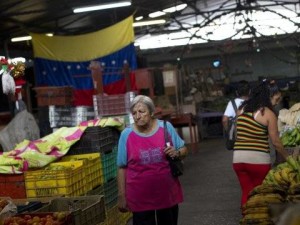 The national consumer price index decelerated from 5.1 percent in October to 4.8 percent in November and 2.2 percent in December, the central bank said in a report that was 20 days late.

President Nicolas Maduro said the figures led to annual inflation of 56.2 percent — the highest in Latin America — which he blamed on a “parasitic capitalist economy.”

“If Venezuela was not subjected to this economic war, we would have single-digit inflation, not 56 percent,” Maduro told a news conference.

Maduro ordered appliance stores in November to slash prices, sent troops to enforce the move and threatened to arrest store owners who refused to comply.

Analysts attribute the nation’s high inflation to rigid currency and price controls that were launched in 2003 by late president Hugo Chavez, who died in March this year.The government has fixed the exchange rate at 6.3 bolivars for one dollar, fuelling a black market where the US currency is obtained at nine times the official rate.

The oil-rich country, which is heavily dependent on imports, has been plagued by shortages of basic goods ranging from meat to toilet paper.

Maduro said authorities found food prices inflated by more than 3,000 percent and that, had it not been for government-subsidized food programs, “there would have been a famine.”

“As has been the case in Venezuelan history, political tension and economic destabilization mixed in the form of a real economic war against the Venezuelan people,” the central bank said.