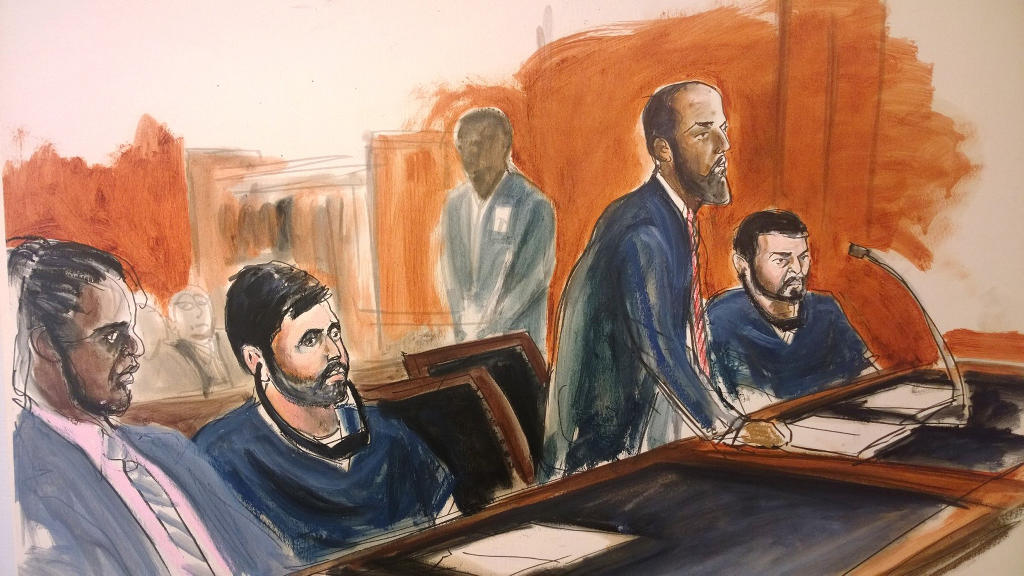 TODAY VENEZUELA NEWS –  Insightcrime.org –  Two nephews of Venezuela’s first lady have been found guilty of drug crimes in a US federal court, with several pieces of evidence presented during the trial pointing to complicity in the drug trade by high-level figures in the Venezuelan government.

A federal jury in New York City on November 18 returned a guilty verdict in the case against Efrain Antonio Campo Flores and Francisco Flores de Freitas, the nephews of Venezuelan first lady Cilia Flores who were accused of plotting to ship 800 kilograms of cocaine to the United States. According to journalist Maibort Petit, who has closely followed the Campo Flores and Flores de Freitas case, the nephews’ sentencing hearing has been scheduled for March 7, 2017.

The nephews were arrested in November 2015 in Haiti and immediately extradited to the United States, where they were charged with conspiring to import drugs into the country.

Court documents filed by prosecutors alleged that the nephews planned to obtain the cocaine from the Revolutionary Armed Forces of Colombia (Fuerzas Armadas Revolucionarias de Colombia – FARC), and that they intended to ship the drugs from the presidential hangar at Caracas’ Simón Bolívar International Airport to the Honduran island of Roatán. From there, the defendants planned to traffic the drugs through Mexico and into the United States.

An individual named Roberto de Jesús Soto García has been charged in the United States for his purported role in the scheme, which allegedly involved agreeing to facilitate the arrival of drug shipments in Honduras as well as setting up a meeting at which the nephews discussed the cocaine trafficking plot.

Press reports citing sources close to the investigation suggest that Soto García served as the contact person in Honduras for networks within the Venezuelan military involved in drug trafficking, known as the Cartel of the Suns.

Soto García was arrested by Honduran authorities in late October. The United States is reportedly seeking his extradition.

Opposition politicians in Venezuela have criticized President Nicolás Maduro for his administration’s lack of a public response to the verdict.

Several pieces of evidence presented during the trial of the so-called “narco nephews” suggest high-level figures with ties to the Venezuelan government may be complicit in the drug trade.

For instance, in a secretly recorded discussion between Campo Flores and confidential sources working for the Drug Enforcement Administration (DEA), the first lady’s nephew appears to confirm that the Cartel of the Suns works with government officials when trafficking drugs.

In the conversation reported by El Nuevo Herald, Campo Flores says that “government executives” and the Cartel of the Suns “were the only ones who worked” in drug trafficking in Venezuela, and that they were “in charge of fumigating [eliminating] anyone who tried to enter to work in the country.”

In a separate conversation reported by Honduran news outlet La Prensa, the other nephew, Flores de Freitas, was asked by an informant if former Venezuelan National Assembly President Diosdado Cabello was the head of the Cartel of the Suns.

“They say he is the boss,” Flores de Freitas replied. “I don’t know the truth.”

Former government figures have previously accused Cabello of leading the Cartel of the Suns, and US authorities have reportedly investigated these claims.

Another indication of high-level complicity in the drug trade came in the form of testimony by a DEA agent that Cilia Flores’ brother Bladimir helped arrange a meeting between the nephews and an alleged Honduran drug trafficker referred to as “El Sentado,” who was killed less than a month after the nephews’ arrest. Bladimir Flores reportedly serves as a high-level police official in Venezuela.

Furthermore, the Wall Street Journal reported that the nephews’ legal costs were being paid by “a wealthy, politically well-connected Venezuelan businessman” named Wilmer Ruperti. According to the newspaper, Ruperti “recently won a multimillion-dollar contract from the state-owned oil company, Petróleos de Venezuela SA,” though he dismissed the notion that the awarding of the contract was linked to his funding of the legal defense for the president’s relatives.

The Venezuelan government has in the past moved to protect high-ranking officials accused by the US government of involvement in the drug trade. In August, for example, President Maduro appointed the former general director of Venezuela’s anti-drugs agency, Nestor Luis Reverol Torres, as Interior minister just one day after a US court unsealed an indictment charging Reverol with drug crimes. While the “narco nephews” have long since been outside Maduro’s sphere of influence, he may yet attempt to provide some form of legal protection to any individuals linked to the case.

- Advertisement -
Paying the bills
Previous articleShaming The Bosses? Probably Not. Just In A Day’s Work.
Next articleOtto Is A Hurricane and Is approaching Costa Rica With Winds of More Than 120 km/h