Shaming The Bosses? Probably Not. Just In A Day’s Work. 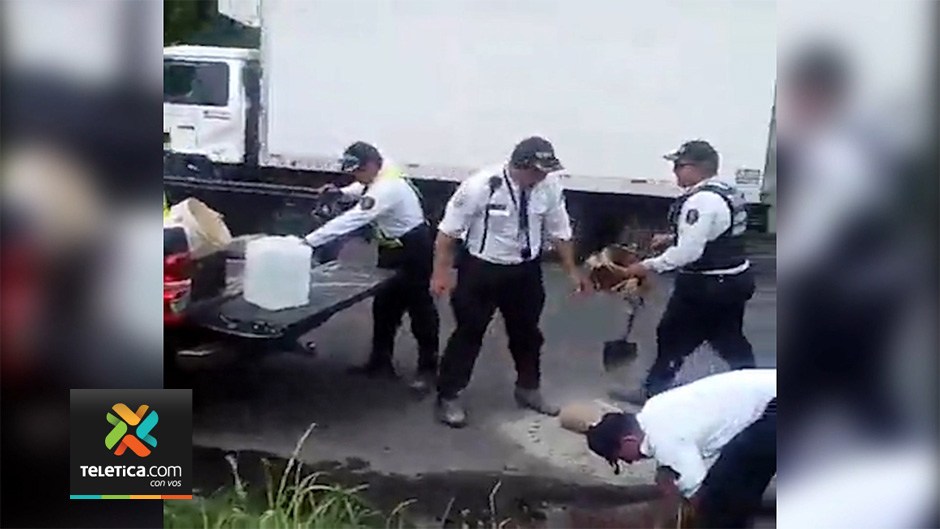 TICO BULL by Rico – This has certainly to be shameful for the bosses, a group of Transitos (traffic police officials) taking matters in their own hands, filling a pothole on a road to Puntarenas.

The group of officials, working as if they were a MOPT (Ministry of Transport) crew, equipped with shovels and bags of cement, filled the pothole on some 150 metres from the Chacarita cemetery.

This was on Friday.

Apparently the pothole had been the cause of an accident hours earlier, thus the officials took to the task of filling the pothole instead of waiting around for their bosses at the MOPT to issue a work order. (The Policia de Transito is authorized under the Ministerio de Obras Publicas y Transportes – MOPT).

Area residents and posts on the social media applauded the action of the Transitos and commented on the inaction of MOPT authorities.

According to the head of the Policia de Transito, Mario Calderon, it is common for his officers to take leave of their usual duties not only to fill potholes, but to remove debris, such as fallen tree branches and rocks, from the roads.

But then this is Costa Rica, I doubt very much the higher ups at the MOPT see this as shamefull, rather probably see it as just another duty of understaffed police department, while it focuses on repairing the “platina” bridge, a project that has been ongoing since 2009.