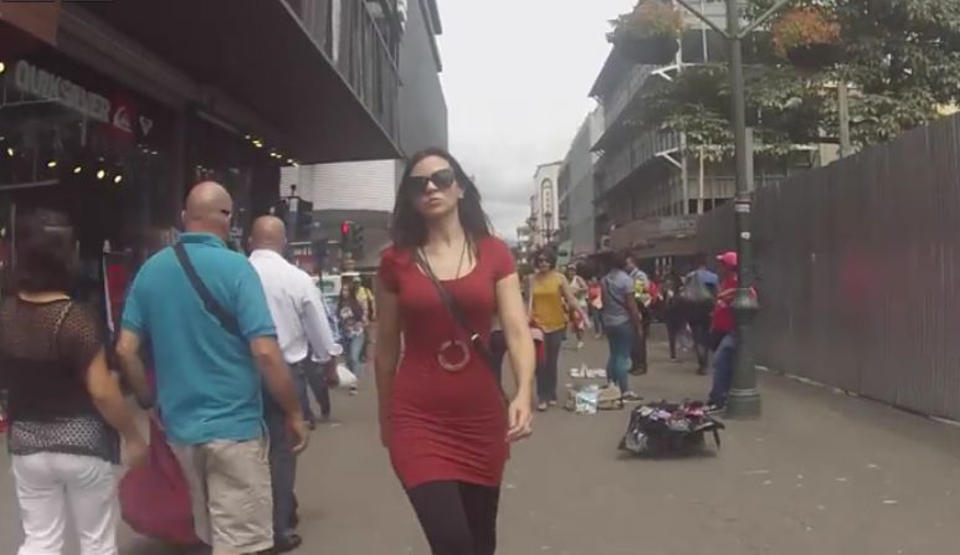 QCOSTARICA – A group of three Costa Ricans made a video in the streets of San Jose to make awareness of street sexual harassment (acoso sexual) many women, and some men, face daily.

Rene Montiel Bonilla produced the documentary that presents a woman, Laura Leon, walking the streets of the capital city for about tow hours. Along the way Laura received offensive remarks and including unwanted touching.

“Almost all my friends have told me about the issue of street sexual harassment. I am always here the stories of what happened to them on the street, so I decided to make a short documentary to do something about it,” said Montiel.

The documentary opens with the images of the cities of Mexico City and New York where similar projects have revealed the harassment bared by women there.

In Costa Rica there is no legislation to punish street sexual harassment and such is seen as normal.

In the video, Montiel tells us that 61.7% of the 2.4 million women in the country have been victims of street sexual harassment. In contrast, only 32.8% of men report being victims.

At the of  the video, Montiel’s has a message to men, to “stop this bullshit”, to “once and for all” stop being part of a vicious circle and culture of violence against women.

The video, published on Monday, has been already seen almost 9,000 times.

Do you part, watch the video and share it with your friends and on the social media.

Ombudsman Asks For Revision Of Bill To Punish Street Harassment