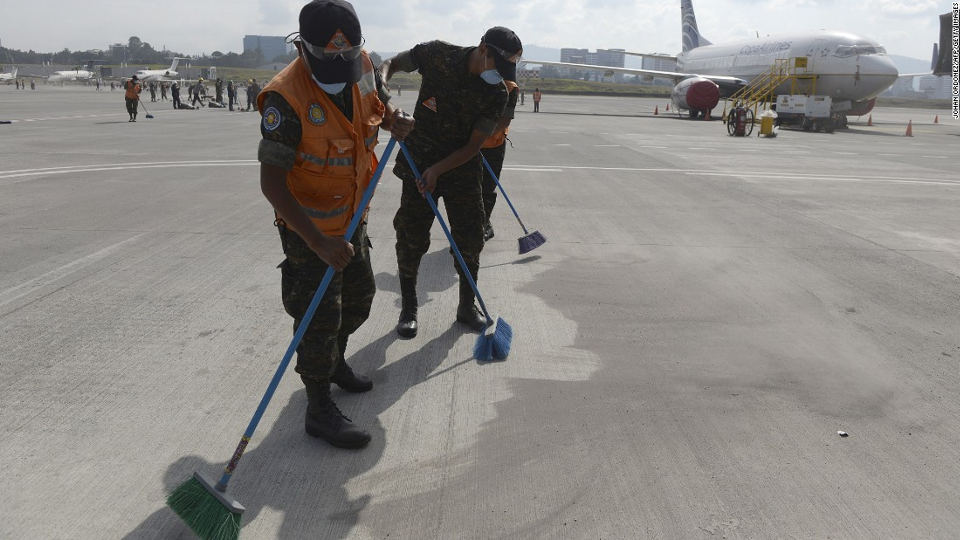 The volcano, about 40 km (25 miles) southwest of the capital, forced the cancellation of flights as Guatemala’s main airport shut down and workers sought to clear the runways of ash.

Officials said the amount of falling ash was moderate but urged nearby residents to use masks or wet cloth to guard against breathing dangerous contaminants.

Fuego volcan0 is one of Central America’s most active volcanoes.

It is a popular tourist attraction in Guatemala. Some companies offer “long technical trail tours … not for the faint of heart” to the volcano, but say “most visitors will be content to admire Fuego’s beauty from the safety of Antigua’s cobblestone streets.”