Walks away from spectacular crash on the Circunvalación

The driver only suffered non-life-threatening injuries 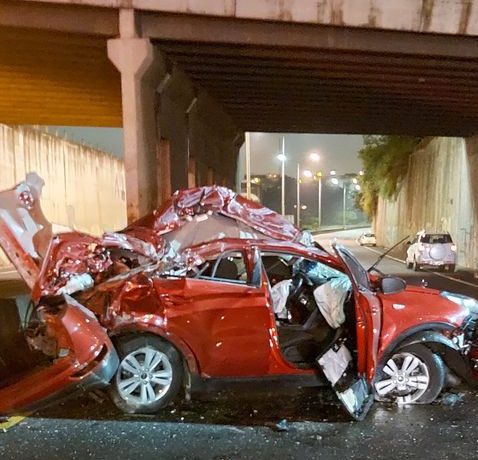 (QCOSTARICA) A man, described only as a senior, walked away from a spectacular crash on on the Circunvalación Saturday afternoon.

It was around 2:15 pm, in the area of Pavas, by Plaza Mayor, when the driver crashed his car into the diving barrier.

According to the Bomberos (Fire Department) report, “the senior is conscious and oriented to the arrival of rescuers on the scene.”

They reported that the patient did not require a transfer to a medical center, he only suffered non-life-threatening injuries.

As shown in the images, the car was completely damaged.

QCOSTARICA - After years of deterioration and antiquity, work...
Cartago