COSTA RICA NEWS — The World Bank has warned Central America to make better use of its potable water to avoid problems in the future, but it appears that Atenas and Grecia are already liocked into what might best be called the Water War. Both cantons share the same water source and have for 50 years.

Tuesday, Atenas mayor Querima Bermudez charged that a small group in Tacares de Grecia is blocking a water institute (A y A) project to increase the diameter of the pipes leading to Atenas with a “hidden interest” to keep Atenas from getting water for its present and future urban needs. 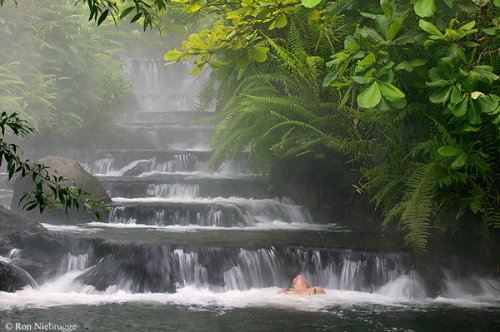 But Tuesday, when the long delayed project was due to get under way, Tacares residents blocked off the government agency from beginning the often postponed construction. For decades, 60% of Atenas residents have suffered severe water shortages.

For 50 years both cantons have shared water from the same source at Los Chorros Park. But Bermudez cites the health law that states, “Water constitutes a public utility and its use for human consumption shall have priority over any other use.”

But Grecia mayor Adrian Barquero considers Bermudez’s charges absurd and blames A y A for not explaining the project more clearly. Moreover, Barquero sniffs that the plans began for the project in 2009 and the project has not taken a step in five years.

But when it was set to go Tuesday, a small group of angry Tacares residents blocked off the private company’s machinery, although the obstruction was cleared by mid-morning. Under the curent concession, Atenas should receive 62 liters per second while 42 liters per second gos to Tacares and Carrillos de Poas.

A y A chief Yamileth Astroga has tried to calm the Grecia canton opponents, assuring them that there is plenty of water for all in the source but to no avail. The controversial plan would increase the water to Atenas to 119 liters per second.

Today, Saturday, June 12, only ODDS can circulate. The measure is countrywide and applied between 5:00 am and 9:00 pm, save for those under the...
Photos of Costa Rica