Weapons Permits Will Be Indefinitely Cancelled For Domestic Violence Suspects 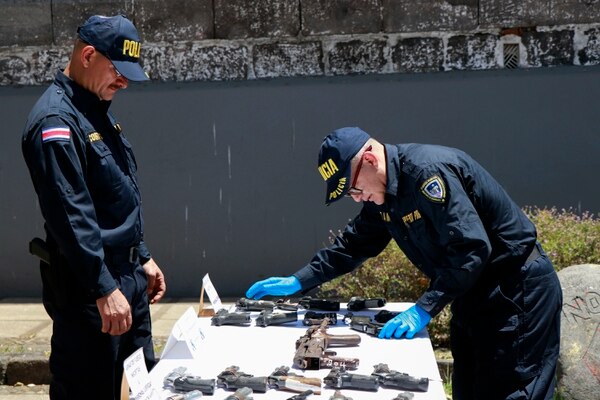 A legal reform will empower judges to indefinitely cancel weapons carrying permits for those suspected of committing domestic violence.

The bill was approved by a majority in first debate.

The bill, backed by legislators of different parties, introduces changes to the regulations on protection measures for victims of domestic violence.

In explaining the initiative, the proponents explain that they seek to prevent the weapons used to commit intra-family aggression from being returned to their owners a few hours after being confiscated by police.

Thus, the text reaffirms that judges are empowered to order the cancellation of permits to carry firearms, but also dictates that said protection measure has no expiration date.

The other measures in the reform, such as an order to abandon the family home, suspension of visitation rights, for example, would expire after one year, but the prohibition on having and carrying weapons will remain for life.

The reform will also prevent judges from rescinding a ban related to the possession of weapons.

“The reason behind this is that there are many cases where the permit is currently taken away, but the weapon is returned to the aggressor, and the aggressor makes use of the weapon and ends up killing his victim,” said legislator Ivonne Acuña, of the Nueva República party, the proponent of the reform.

So far this year there have been 8 femicides recorded, the last victim was Yésika María Sánchez Fuentes, a mother of three children who died as a result of stabbing, in Valle Azul de Aguabuena, in Coto Brus, Puntarenas.

Legislator Acuña reminded the having of weapons is not a constitutional right in Costa Rica, but a concession made by the State.

Another reform approved by the Legislature at the end of last year and that went into force on July 18, empowers the State to confiscate and destroy all firearms that are in the possession of domestic aggressors.

With this new law, authorities are authorized to register the place where acts of domestic violence are reported, from which all weapons to which the alleged perpetrator has access can be seized.

Before the new law, police could only confiscate items that had been used to commit an assault, they could not confiscate other weapons that the abuser could possibly use in the future.