This Week in Costa Rica on Overseas Radio

This Week in Costa Rica is a weekly radio program broadcast on the Overseas Radio Network hosted by Corey Ryan Coates and Lisle Head, covering a wide variety of expat matters in Costa Rica.  With live call-in questions, international guests, and entertaining hosts, this program offers an “on the ground” account of living and working as expatriates in Costa Rica. 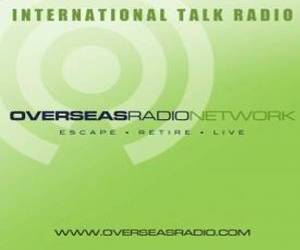 his program is targeted specifically at listeners who are on the cusp of making the move to Costa Rica as retirees, expat workers, small business owners… or, simply for those with a taste for adventure and the financial means to live their dreams. Listeners tune in to reinforce and finalize their imminent move by talking live with experienced experts.

The program covers a wide variety of expat matters in Costa Rica.  With live call-in questions, international guests, and entertaining hosts, this program offers an “on the ground” account of living and working as expatriates in Costa Rica.

Corey started his ever-winding path as a professional musician, touring and recording throughout Canada and the United States with a long list of prolific (and not so prolific) artists, bands, and singer/songwriters. He moved to Costa Rica in 2006 to embark on a different path teaching English as a second language with Swiss based company, inlingua.  Corey became the Regional Operations Director for inlingua Costa Rica and Venezuela. In 2012 Corey accepted the new position of Program Director for the Overseas Radio Network and the re-launch of the radio station from the new broadcast facility in Jacó beach, Costa Rica.

Lisle, co-host of the weekly radio program was born and raised in Fort Bragg, California. In 2005 took a three week vacation to Jaco, Costa Rica that changed his life.  Instantly he fell in love with the “Pura Vida” lifestyle and knew that he had found the place where he needed to be. The people were friendly, the cuisine was excellent and it had the same small town values as those that he had grown up to embrace and later seek out.  With that he headed back to Sacramento, cashed out some of his investments and proceeded to settle down in Jaco, Costa Rica.