What Are The Expat Compromises Required To “Make-It” in Costa Rica? 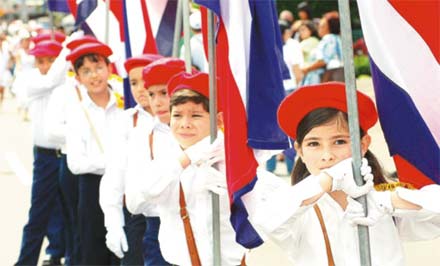 (QCOSTARICA BLOG)  I have lived and worked in Costa Rica for seventeen years. I can say without a doubt, that the natural beauty and the climate in Costa Rica is very easy to adjust to as being very pleasant in both regards, but as an expat American, Canadian, or European, it will not be “business as usual”, in most other respects.

Costa Ricans are generally a polite, friendly, and pacifistic group of people, however, the social, legal, and cultural differences are strikingly different indeed, from those of most expats.

Costa Rican Society and Latin American society in general, does not aspire to the same level of logical thinking and efficiency as most expats would be used to in their home countries.

Problem solving is always performed on a “reactive”, rather than a “proactive” basis. This means that the negative aspects of the problem must be felt and experienced, prior to a solution to the problem being considered.

Accordingly, in the mind of most expats, needless suffering will have to be endured.

Likewise, the general reaction to work, or production of any sort, including the implementation of solutions to problems, is slow, creating further hardship, at least in the minds of expats, for the population as a whole to endure. Logical thinking does not “leap to the rescue”, as it would in most expat home countries.

The reaction to pressuring Costa Ricans to deliver on an expat anticipated time frame is “stone-walling” and then nothing will happen.

Most expats will come from jurisdictions where English Common Law is the legal system utilized. This system of laws originates from England and is the dominant system of laws utilized by the U.S., Canada, and British Common Wealth countries. It is a system composed of Statutory and Judge-made laws, which allows for an evolution of the law based on societal changes over time, as are interpreted by Judges in Court, producing a “common thread” of legal development respected by the Courts as a whole.

In Costa Rica, as in all of Latin America, Civil Law (Roman Law) is the legal system which has been adopted.

This legal system is considerably different in its approach to delivering justice. Each subjective area of the law (eg. Criminal, Family, etc.), is codified into various legal declarations in the form of articles, which are applied by a Judge to any fact situation presented in Court, largely without reference to any established jurisprudence.

Document production in Civil Law, such as company incorporation and powers of attorney, is much more formal in its requirements than in the Common Law system, with many circumstances dictating that the form of the document produced takes precedence over the substance of its content.

Rampant corruption also permeates the legal and social system in Costa Rica, down to the traffic police taking bribes instead of issuing traffic tickets and Government employees accepting bribes in return for granting permits and permissions for various business endeavours, such as Municipal Building Permits, and the like.

As Judges in Courts are largely not bound by jurisprudence (Precedent decisions made by another Court on a similar fact pattern), corruption, likewise, has made a significant intervention in the judicial process. It is not that corruption doesn’t take place in the home country expat societies as well, however, it is practiced in a much more open and accepted manner of operating in Costa Rica.

In short, if you are an expat merely living on an offshore pension, or investment income and paying monthly living expenses, your requirement to compromise to accept these social, legal, and cultural differences required to integrate into the Costa Rica Societal make-up, will be minimal.

However, to become totally immersed in Costa Rican Society, from a living and a business point-of-view, will require a significantly greater compromise to be made, in order to sustain an enduring social integration and an ability to feel “comfortable”.

- Advertisement -
Paying the bills
Previous articleSenior ICE Employee Complains Of Mistreatment: Nothing To Do All Day For Almost A Year
Next articleCosta Rica: Examples of How to be Like Greece