What is Cyberbullying? How is it Harmful? 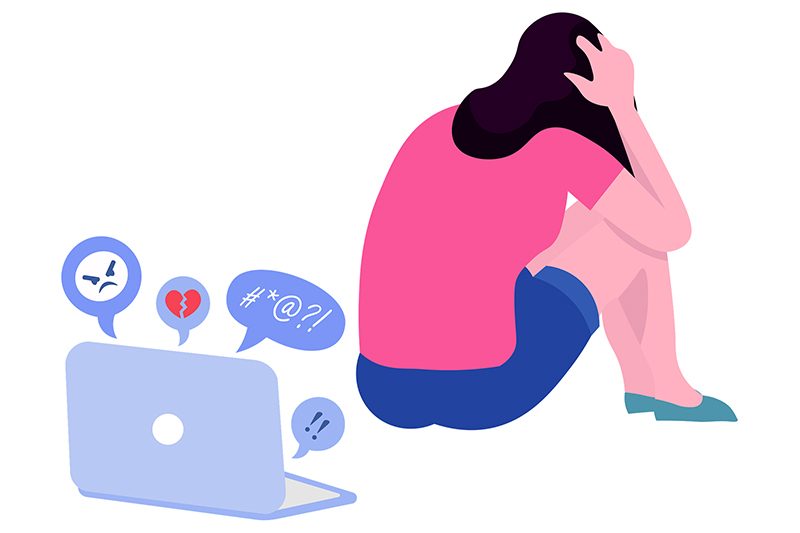 As we all know, there are several advantages of the internet. However, there are some threats and concerns that we should all be aware of. One of these is cyberbullying, which is a type of bullying that happens online. It entails damaging, harassing, shaming, or threatening another person via social media, messaging apps, chat rooms, or even emails.

Cyberbullying or harassment is one of the top five cybercrimes nowadays, along with phishing, cyber extortion, data breaches, and identity theft. While other types of cybercrime have preventative measures in place, such as utilizing a secure network or installing antivirus software and ad blockers, cyberbullying cannot always be avoided. You may always subscribe to a safe network provided by ISPs such as Spectrum Internet®, which will also provide you with free anti-virus software that can assist you in averting many cyber threats.

Cyberbullying, on the other hand, needs ongoing monitoring as well as emotional intelligence to combat.

Cyberbullying can take place entirely online or as a continuation of bullying that has occurred in the real world, such as in school. Regardless of where it begins, one thing is certain: it is growing more widespread, and it is damaging.

In the sections that follow, we’ll look at some of the possible damages that cyberbullying may cause to its victims. So keep reading!

The Major Harmful Effects of Cyberbullying

Cyberbullying is a severe problem that affects not only the young victims, but also their families, the bully, and anyone who witnesses cyberbullying. Cyberbullying, on the other hand, can have the greatest negative impact on the victim, since they may experience a variety of emotional disorders that influence their social and academic performance, as well as their general mental health. The following are some of the most serious consequences experienced by cybercrime victims:

Following are the most commonly observed mental health issues in the victims of cyberbullying:

A favorable or negative attitude toward oneself is referred to as self-esteem. It’s especially important during adolescence when one’s identity is formed through social interactions. Low self-esteem has been demonstrated in several studies to be a predictor of bullying as well as a major consequence of cyberbullying. This not only ruins one’s social life but can also lead to serious issues such as suicidal thoughts.

According to research, being cyberbullied has a significant influence on the development of negative emotional reactions, which may lead to lower levels of psychological adjustment, such as increased suicide ideation and behaviors, as well as lower self-esteem.

It is particularly evident in persons who want to alter their look when someone remarks on their large nose or their weight. While some people may be able to do so without much of an issue, others may be unable to mold their identity in the way others desire, resulting in poor self-esteem and confidence.

According to StopBullying.gov, a website run by the United States Department of Health and Human Services, over half of the students in grades 4 through high school have been bullied in a period of a month, and more than 70% of students have seen bullying at their school.

While many people believe that a little bullying is innocuous and that it may really be beneficial to the child in terms of teaching them how to stand up for themselves. In actuality, an estimated 160,000 youngsters avoid school every day because they are afraid of being bullied by other classmates. Every day, over 280,000 kids are physically assaulted in schools, and one out of every ten students who drop out cites frequent bullying as a reason for their decision.

This is something that may even be carried over into the workplace. While we may expect people to grow as they advance in their careers, this is not always the case. And when other colleagues band together to backfire on someone for whatever reason and intimidate him, he may lose faith in his ability to work and finally quit.

Cyberbullying is, unsurprisingly, a substantial source of stress in the lives of young people. According to studies, 32% of children who are victims of cyberbullying report suffering at least one sign of stress.

Following are some of the major emotional issues related to cyberbullying:

Cyberbullying can lead to feelings of isolation and loneliness. This can make people, especially youngsters, feel excluded from their surroundings leading them to the wrong means of finding pleasure.

Cyberbullying may damage one’s self-esteem and humiliate them. One may begin to believe what the bullies say about him, whether it is about his physical appearance or a personality fault, resulting in humiliation and poor self-esteem.

Bullying may instill a sense of powerlessness in emotionally vulnerable persons. This might make a person feel as if they want to give up on life, which can lead to significant repercussions.

Bullying can cause suppressed sentiments, and victims will use rage to express their concealed emotions. Research shows that the most prevalent reaction to cyberbullying is rage (followed by being upset and worried).

Victimized children may plot vengeance and take retaliatory action. It can make them antisocial adults which will not only be devastating for the victim and his family but the society in general.

While the internet offers various benefits, it appears to be a waste of time in some cases. However, there are also risks and consequences associated with its misuse, one of which is cyberbullying. We’ve covered some of the most frequent emotional and mental concerns linked with cyberbullying in this article, which we should be aware of in order to better protect ourselves and our loved ones.