What Young Venezuelans do When They’re not Being Killed 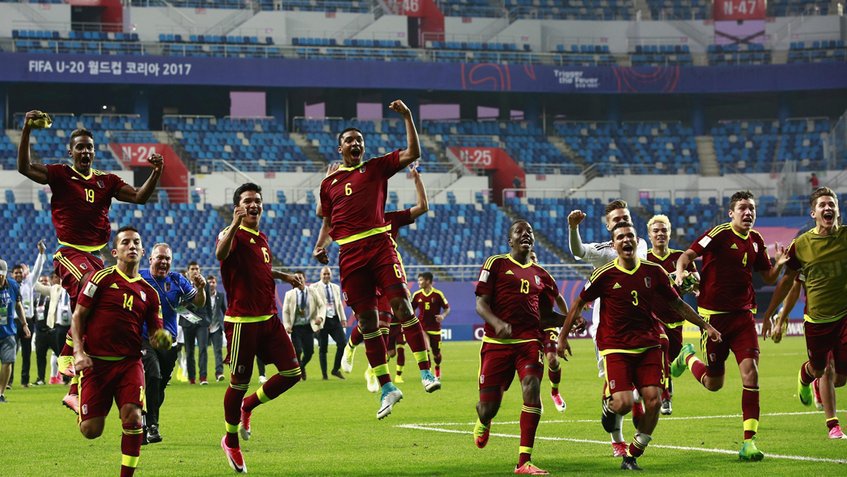 This past Wednesday, Venezuelans went to bed sad and angry after yet another victim result of the violent crackdown of government forces against protesters asking for Constitutional order to be restored. We mourn, we even question if this is worth it. But there’s always something else brewing in this bittersweet land of ours.

This time, at least, what followed was a class act.

While a seventeen year old died tragically during the protests, another seventeen year old shot his way into Venezuelan sports history by giving us a memorable goal, as well as our first appearance in a World Cup final. The sub-20 team brings in these dark times, reminding us that it is darkest before dawn.

After well over 60 days of a tireless push for freedom and justice, Venezuela may be on a similar path to that of our young Vinotintos. And that’s what has made of this recent wave of protests different: this time, there is a glimpse of hope at the end of the wretched tunnel. It’s not pointless, it’s not whimsical, and it isn’t meant to meet a political agenda. We mean business. We see a better future and we even dare dream of it.

There is no way of separating these two narratives. Not even Rafael Dudamel, the Vinotinto manager, could separate them as he went way off script while talking to the press after the victory and demanded Maduro to stop the repression.

Phrases like “We’ve accepted that we are writing a different history,” and “Mr. President, let’s lower the weapons,”,  and  “All these kids want is a better Venezuela” sound strange coming from a football coach, but that’s how devoted everybody feels to this cause.

In the midst of our poorest years in every aspect, be it economic, social, political and even in football, we shine brighter than ever.

- Advertisement -
Paying the bills
Previous articleFive Americans Arrested In Costa Rica For U.S. Phone Lottery Scam
Next article‘If We Are Deported, Who Benefits?’

Q24N - The Venezuelan economy has begun to reactivate....
News