LATIN AMERICA NEWS (Washington Post) The super-secret talks between the United States and Cuba to normalize relations between the two estranged countries began a year and a half ago. But less than a month ago, Obama senior adviser Dan Pfeiffer told reporters that when it came to changing Cuba policy, there was no news “to make today or any day.” 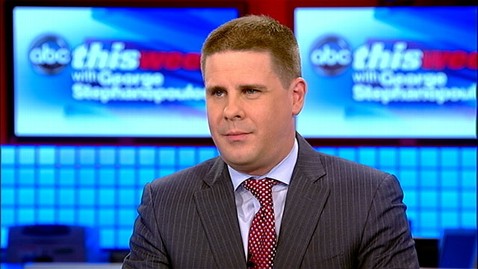 On Nov. 21, during a Christian Science Monitor breakfast with Washington reporters, Pfeiffer was asked whether President Obama was considering a “review of Cuba policy and any reach out to Cuba?”

“I don’t — I don’t have any, you know, news as to a new approach to Cuba policy to make today or any day,” he said, according to a transcript.

A reporter began to press, asking again if Obama would review the policy. But while Pfeiffer said that “we’re always looking at all of our policies,” he added that “there’s not a new specific initiative undertaking.”

Well, actually there was.

The White House says Pfeiffer had to throw reporters off the scent because of the delicate nature of the talks and the security of the prisoners, spy Rolando Sarraff Trujillo and USAID contractor Alan Gross, whose health was deteriorating. Pfeiffer wasn’t at liberty to discuss the negotiations, and any public disclosure could have undermined the entire operation, according to the White House.

To further explain why Pfeiffer, well, let’s say hedged, the White House said that an earlier line of questions at the breakfast focused on Obama going rogue after the Democrats’ midterm walloping. So when Pfeiffer said there wasn’t a “new specific initiative,” he meant “new” as of the election. Because Obama has been talking about Cuba since 2009, and this super-secret deal-making predates the election.

Anti-Castro hard-liners across the country and on Capitol Hill, as would be expected, promptly blasted Obama’s move this week to take steps to normalize relations with Cuba.

“It is a fallacy that Cuba will reform just because the American President believes that if he extends his hand in peace that the Castro brothers suddenly will unclench their fists,” Sen. Robert Menendez (D-N.J.), outgoing Foreign Relations Committee chairman, said in a news release.

That may be so, though it’s not at all clear that Fidel, 88, and Raúl, 83, could clench their fists all that much these days. And the decades of political controversy over this issue seem, at this point, like pointless bickering over a regime with an exceptionally short shelf life.

It reminds us of a Loop item in 2010 about a Soldier of Fortune magazine article — co-written by Jay Mallin, news director of Radio Marti in the Reagan administration, and Don Bohning, a former Miami Herald reporter — that noted that the Castro regime was already crumbling. So “logic indicates that the U.S. should be dealing openly with Cuba, moving into a position which might enable it to influence events, helping it get back on the road to democracy,” the authors said.

Not to mention keeping the island from becoming an 800-mile landing strip for the drug cartels, we added.

Our item was cited by Center for Immigration Studies director Mark Krikorian, writing in National Review Online, who noted that while he wasn’t buying the “road to democracy” stuff, it was true that Cuba “is a country with no [strong] civil institutions” and that like other former Soviet colonies, it could end up in complete disarray. (Remember Romania in 1989?)

After all, he wrote, why should the drug cartels fight Mexico’s relatively strong government “when you can take over Cuba by buying the army, the only force left standing, at fire-sale prices?”

That result, he observed, “would go beyond Hyman Roth’s dream of a ‘partnership with a friendly government’ — there’s a very real possibility they’d own the government.” (Roth was the mob boss in “The Godfather II” movie patterned after real Florida mobster Meyer Lansky.)

Krikorian concluded: “I recoil at saying this, but continuity in Cuba’s government, along the lines of Vietnam or China, is probably the least-bad outcome for the United States.”

Well, that’s one line of thought.

Today, Tuesday, June 15, vehicles with plates ending 3 & 4 CANNOT circulate The measure is countrywide and applied between 5:00 am and 9:00 pm,...
Business