Who Goes To Carl’s 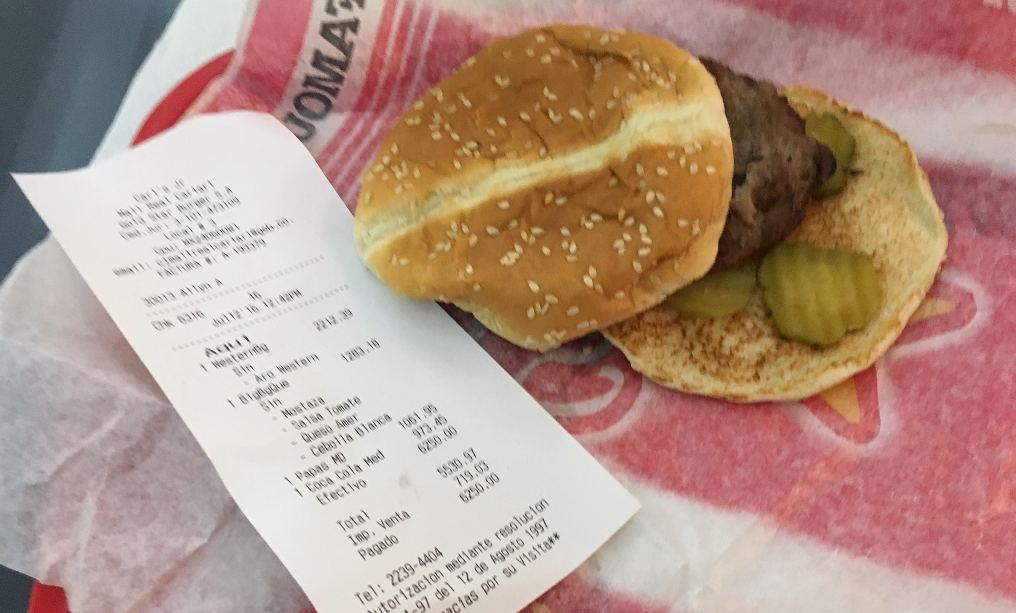 TICO BULL – Waiting an appointment around Cariari, around lunch time and time to kill, decided to have a burger at Carl’s Jr.  This was my second time visiting a Carl’s,  the first when it first opened in downtown San Jose years ago.

I am not a big fan of all the condiments, I like my burger plain, with pickles. Taking my order was none other than the manager, who looked at me like “are you crazy?”, repeating my what must be a strange request: no ketchup, no mustard, not even the cheese?

Nope, just the meat (patty) and the bun. And pickles.

A few minutes later arrived my order. I didn’t know what to expect, my first experience at Carl’s was such a long time ago and for some reason it was never repeated. Every so often, when I am driving through Lindora I have contemplated going to the new opened Carl’s. But haven’t.

I unwrap my Big Burger, clearly marked “special”. What no pickles?  I check the order, it does say no mustard, no ketchup, no cheese, no onions. It doesn’t say it should have pickles, I check the photo and there are pickles.

Miss, there is something wrong with my order, they forgot the pickles. Less than a minute later she returns with my newly wrapped burger, with pickles.

I open it and there three little slices of pickles. iPhone camera comes out, snap, snap.

I wait for a chance to talk to the manager, when I seem him I wave him over. “Is there a pickle shortage?” 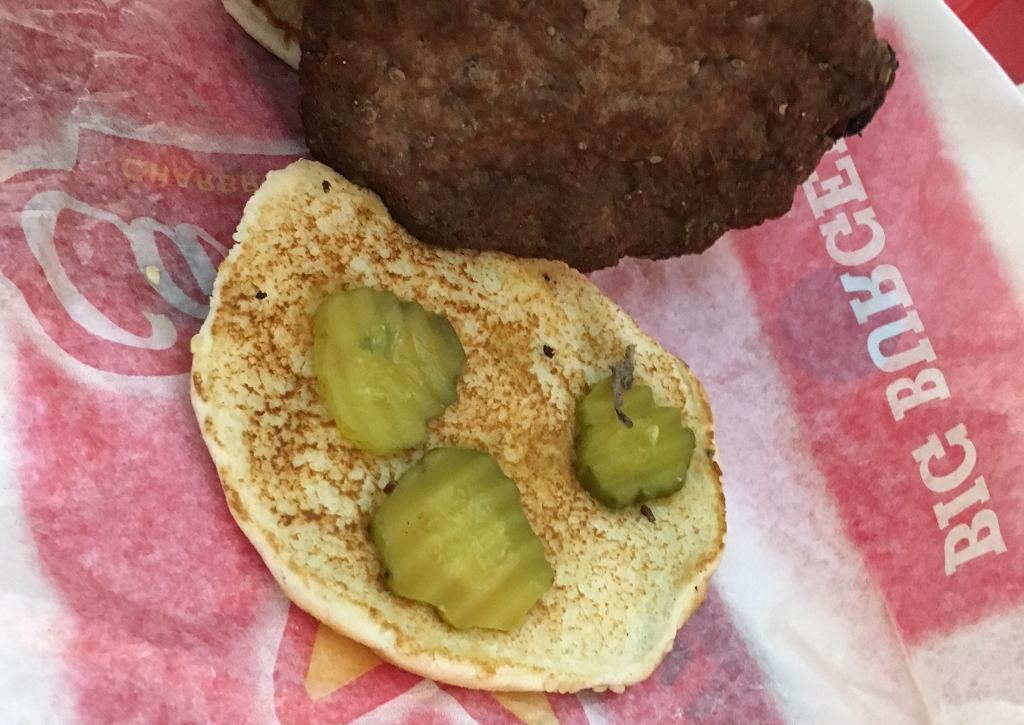 My sarcasm flying over his head, so I explain. His response was not what I had expected. “That is the recipe,” he says very seriously.

“Seriously, that is the recipe? The whole point of my order was nothing following the recipe, so what’s the problem of putting in a few extra pieces of pickles to make up for all the other ingredients?” I say. He just shrugs his shoulders, walks away, not giving me a chance to ask my other questions like, is there a someone back in the kitchen counting the number of pickles? Will a few extra slices of pickles change the economy of the restaurant?

Will…oh forget it, just eat your damn burger, write about the experience and forget about ever vesting Carl’s again.

And it ain’t cheap. Two burgers – not in combo – one side order of medium fries and medium soft drink, ¢6.250.

Who Goes To Carl’s was my buddy’s reaction to my story.

I am now on a mission. Can’t to see what Jhonny (the Costa Rican way of spelling Johnny) as in Johnny Rockets will have for me. Next will be the clown and then the King is now is back in business in Costa Rica.

Use the comments section below to tell your story, where to find the best burger in Costa Rica (and stay away from the worst). Please SHARE!