“Who Is Lying? One Of The Two Has To Be Lying” Legislator Asks

QCOSTARICA – Attorney General (Procuradora General de la República), Ana Lorena Brenes, said last night under oath that she felt “threatened” if she didn’t accept any of the alternatives offered to her by the now former deputy minister of the Presidency, Daniel Soley, to leave her post.

Brenes said her options included an ambassador position in Italy, Norway, Switzerland, Dominican Republic and Panama (none of these embassies has a named ambassador, according to the Foreign Ministry).

Brenes added that the offer included an executive post at a state agency or even a legal advisory post at a new public hospital, (if the ambassadorship was not acceptable).

The Attorney General made her declarations and answered questions of legislators during her three and half hour appearance before the legislative Commission on Public Expenditure (comisión de Ingreso y Gasto Público).

“I have no doubt that what they were saying was that they wanted me out. I am clear that Daniel Soley was asking my immediate resignation,” said Brenes.

Asked who “the others” were, Brenes said she could not say, only that Soley told her that if was no problem for him if she stayed, “but do you know that there goes about a matter of an appointment that you made. That’s where the matter is at.”

Brenes told the legislators details of her meetings with Soley, in his office and in a coffee shop in Los Yoses (San Pedro) and her conversation with President Luis Guillermo Solís following his return from China, who dismissed any intention on the part of the government to push her out. 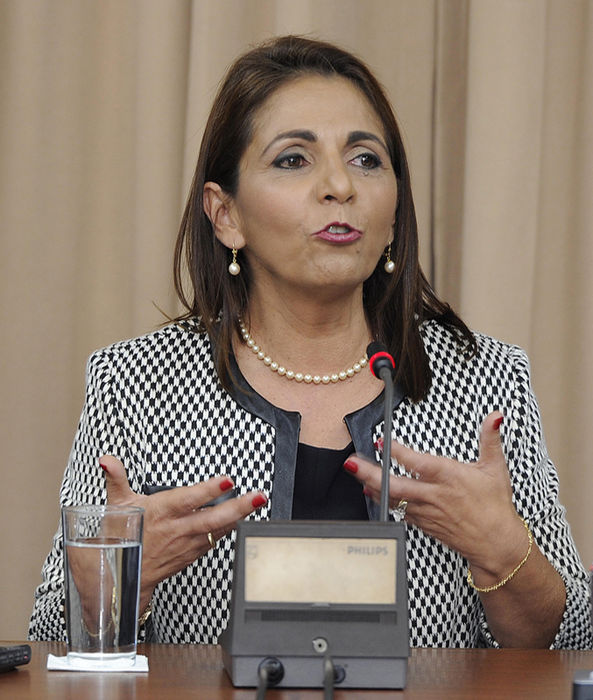 Speaking with confidence and without hesitation, Brenes won the approval of many legislators, including Partido Accion Cuidadana (PAC) party founder and leader, Ottón Solís, who said publicly he completely believes the Attorney General.

Following the declaration by Brenes, it was the turn of the ministro de la Presidencia (Chief of Staff), Melvin Jimenez to be grilled by legislators. Jimenez is the part of trio in this political mess.

Jimenez did appear to do well, avoiding questions and providing answers that led to more confusion. While giving his statement, the facial expression of PAC heavyweight Epsy Campbell, sitting next to Jimenez, told the story.

Jimenez’s demeanor was to blame the Attorney General and seemed flustered and frustrated as legislators kept drilling for straight answers.

Asked directly by PLN legislator Alvaro Desanti if he (Jimenez) thought either Brenes or Soley was lying, the Minister said he firmly believes the version of his (former) underling.

Pressed by Desanti if he (Jimenez) thought Brenes was lying, “there are two versions, one of them has to be lying…which do you believe is lying,” asked Desanti, the Minister avoided giving a definite answer.

As time ran short, the commission remanded the session for noon today (Thursday), when Jimenez will again take the hot seat. Soley will follow Jimenez in giving declarations.

Legislator Otto Guevara, who called for the recess, said this would give the Minister time to digest the declarations made under oath by the Attorney General.