Is Canadian Victim of Kidnapping?

QCOSTARICA – A report in the Diario Extra says Canadian businessman Ryan Piercy was kidnapped by an armed group, who is asking for US$500.000 dollars for his release. 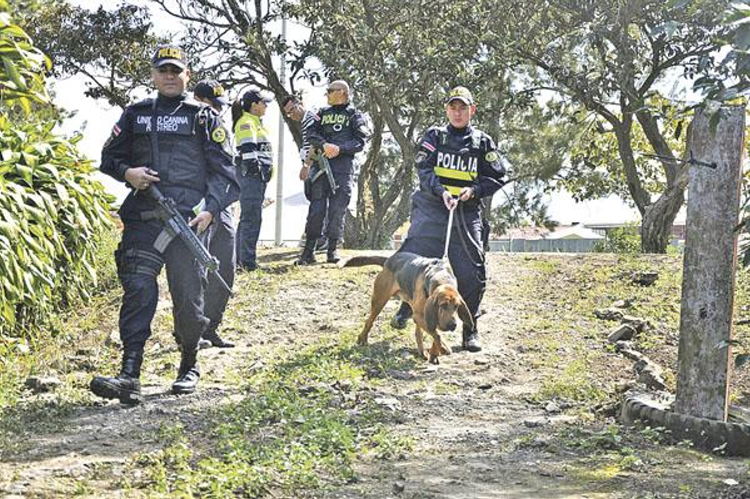 The Extra says that sources close to the investigation say the kidnappers have asked Piercy’s wife to make the payment through the Bitcoin system, a payment process making it difficult for authorities to trace.

In a statement to the press Wednesday, the director of the Organismo de Investigacion Judicial (OIJ), Franciso Segura, called the disapperance as “very strange”.  The director ruled out any foul play at the scene where the vehicle was found, and denied any ransom demand.

“She told us he left for work in the morning (Wednesday) and so far has not heard from him. It is a very strange disappearance, we are working to learn of the man’s whereabouts (…),” said Segura.

The police report indicates the finding of a gold coloured Nissan Tiida with license plates 818945, owned by Piercy, and in he is believed to have been travelling alone. The vehicle was found on a gravel road in the middle of a coffee plantation in San Miguel de Santo Domingo de Heredia, off Ruta 32. Police say they found a garment presumed to belong to the Canadian, which along with the entire vehilce was taken to the Complejo de Ciencias Forenses (Forensics Centre in Heredia) in search of clues of what could have happened to Piercy.

Police are asking anyone who any information about the whereabouts of Piercy to call the confidential information line at 800-8000–OIJ (800-8000-645).

Insightcrime.org - The decision by legislators aligned with El Salvador’s President Nayib Bukele to oust the country’s top prosecutor may spell the end of...
Quepos

QCOSTARICA - With the objective of boosting connectivity, regional tourism and the economic reactivation of the area, work started this Wednesday on the improvements...
News

QCOSTARICA - It took 200 years, but it was achieved, two women to preside over Congress in the same legislative period (2018-2022). On Saturday, May...
Health

QCOSTARICA - Following a drop of new cases of covid-19 over the long weekend, the ugly head of the virus resurfaced on Wednesday with...
Health

QCOSTARICA - Seven out of ten people in Costa Rica accept getting the covid-19 vaccine, while the other three have doubts, reject it or...
Health

QCOSTARICA - After breaking all records last week, the number of new daily cases of Covid-19 in Costa Rica continues on the decline, according...
National

QCOSTARICA - Due to the increase in covid infections in the middle of the third pandemic wave, the Government ordered the closure of non-essential...
Health

QCOSTARICA - 48 patients with covid-19, the majority in severe and moderate condition, this Thursday morning were waiting for a bed in a hospital...