Who Said So? – A Q Question

Not so many years ago, readers of the more serious national news outlets, especially La Nación, La Prensa, Universidad and La Republica always concluded, “The thought, even the premise of each story makes sense, but where are the numbers to back them up?” 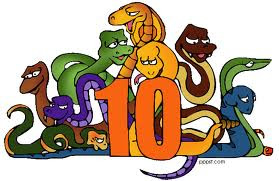 I, unfortunately, recall being chastised by Ted Koppel on Nightline along with my partner, Alex Dreshler. Koppel asked, in his dry monotone, “What do you define as a massacre? How many people need to be injured or killed?”

This was in reference to a video news story we produced crossing a river bordering El Salvador into Guatemala and the U.S. snet Huey Helicopters that were chopping down peasants trying to escape the in- country terror resulting from Salvador’s famous 12 year war.  More than journalists, we took sides and helped transport people from one border to the other amidst a river of bodies and blood.

Then Costa Rica got the idea they should stick numbers into their stories to better clarify events. Never mind if those numbers are or were correct or even within reason. If they made the story, on the front page and looked  relatively  supportive, stick them in.

Would all those expats out there raise their pinky finger if they honestly believe that Tico inflation is below 6% for 2012?

However, what is being reported and represent a percentage and those who do not drive, eat meat/poultry (God forbid fish), always eat at home, do not use electricity except on occasion, hang wet clothes out to dry on a line, consume contaminated pineapple tap water, eat a lot of beans cooked (Not canned), pasta is a favorite and reasonable not to mention the cost of water itself in a country loaded down with alternative energy resources.

When I go to San José and walk the streets meeting homeless, prostitutes whose last bath was also last Christmas season and call living under bridges, sleeping on cardboard boxes “Home”, it is hard for me to think of Costa Rica as the “Happiest Country on the Planet” and no way in hell, is poverty only20% of our population while unemployment is a measly 10.2%.

On the brighter side, let’s look at the numbers on tourism, a vital if not critical source of income to the country.

Who do you want to believe? All must be correct because the numbers and percentage come from equally important  ministries and institutions of similarly intelligent experts.

However, keep in mind that each has its own axe to grind, so to speak. There is CANATUR, PROTUR , PROMED and let us never forget the always high on business, ICT.

They all three pretty much do the same job except ICT which has the money and can say what they want because….well, they have the money. In one week I have read our hotel occupancy is anywhere from 38% to 78%.  The 78% is a hard sell to the boutique owners of hotel sor spas in Nicoya, Central Pacific or the OSA Peninsula.  However, send that percent off to the Wyndham, Papagayo, Riu, etc, and they are closer to the 78% mark but only by a few points as they are now offering, during this very high season, discounts to us locals. (Just say you are a Tico when making a reservation and things look cheaper.)

Thousands, (Well more like hundreds) protested the healthcare system to cut back. Again, hundreds and not thousand of motorcycles jammed the streets of San Jose to protest a significant raise in this year’s insurance premiums by the government which were not factored into the national “inflation” figures.

In journalism and for the readers, you must look past the hyperbole to sell advertising and look more towards logical reality in order to seek truth.

Trying to understand such a very complicated culture which is not typical of Central America can bring havoc to tourists, investors and worst those who plan to live here.

In short, costing more of losing money is pretty common when you believe the numbers.

There are some very fine organizations that really care about those coming to CR and will tell or demonstrate what is real and what myth is. Most published that proliferate Costa Rica are self promoting and are simply questionable in just about every aspect.

As most teachers often advise on final exams; If you don’t know the answer, rely on intuition.

58 or older? This you what should know about the COVID-19 vaccination

QCOSTARICA -  On Tuesday this week, a new batch of COVID-19 vaccines from Pfizer arrived, and with that began vaccination of people of 58...
Politics

QCOSTARICA - Searching for a consensus candidate in the Partido Liberación Nacional (PLN) for the 2022 presidential elections, is the intention of two-time former...
Front Page

Costa Rica to create aerospace agency like NASA, but in a small way

RICO's DIGEST - The first steps are being taken to create an aerospace agency in Costa Rica, something like NASA, but in a small...
Redaqted

QCOSTARICA - Four foreigners, including two minors, tried to leave Costa Rica using Covid-19 tests with negative results, which were determined to be falsified. The...
Vaccine

QCOSTARICA - Vaccination against covid-19 will be mandatory for all health officials, announced the medical manager of the Costa Rican Social Security Fund (CCSS),...
Expat Focus

Border runs in times of Covid

Q EXPAT FOCUS - March 2 is quickly approaching and many non-resident expats are looking at ways to be able to continue to live...
Business

QCOSTARICA - The elimination of the daytime sanitary vehicle restrictions in less than a week, given the drop in infections and hospitalizations due to...
Politics

QCOSTARICA - In order to reactive national tourism, the Government of Carlos Alvarado will present a bill so that, for a single time, Father's...