Why Can’t The Traffic Police Stop The Nightly Street Racing? 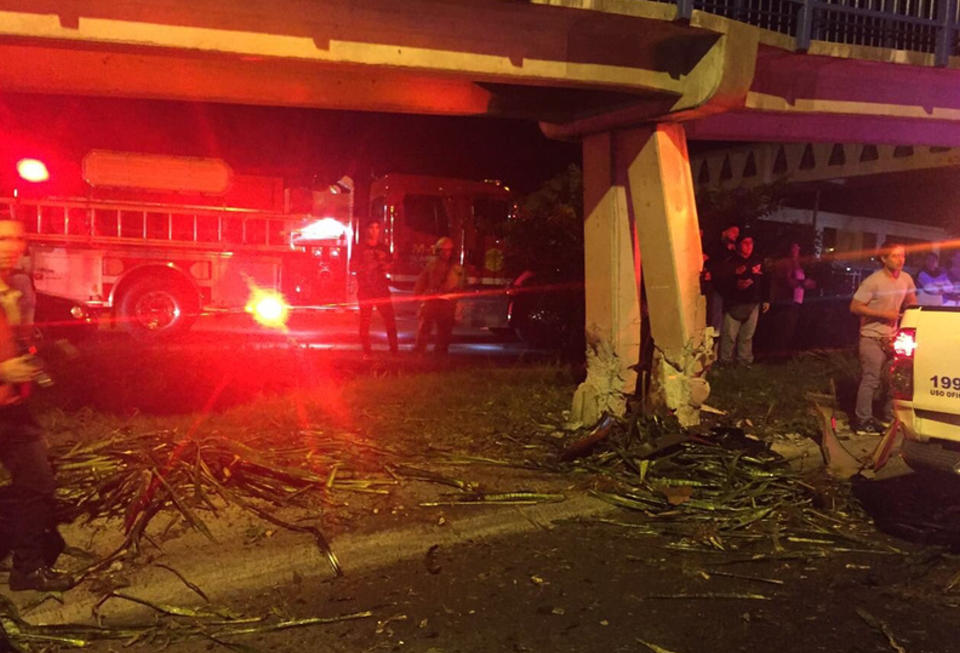 TICO BULL by Rico – Am I missing something here? Most of us who live in Santa Ana know well what goes on most nights on the stretch of road between the tolls and the cruce, two kilometres of the Ruta 27 where it is pretty much a straight-away and a maximum speed of 100 km/h, which means legally cars can go 119 before being ticketed. 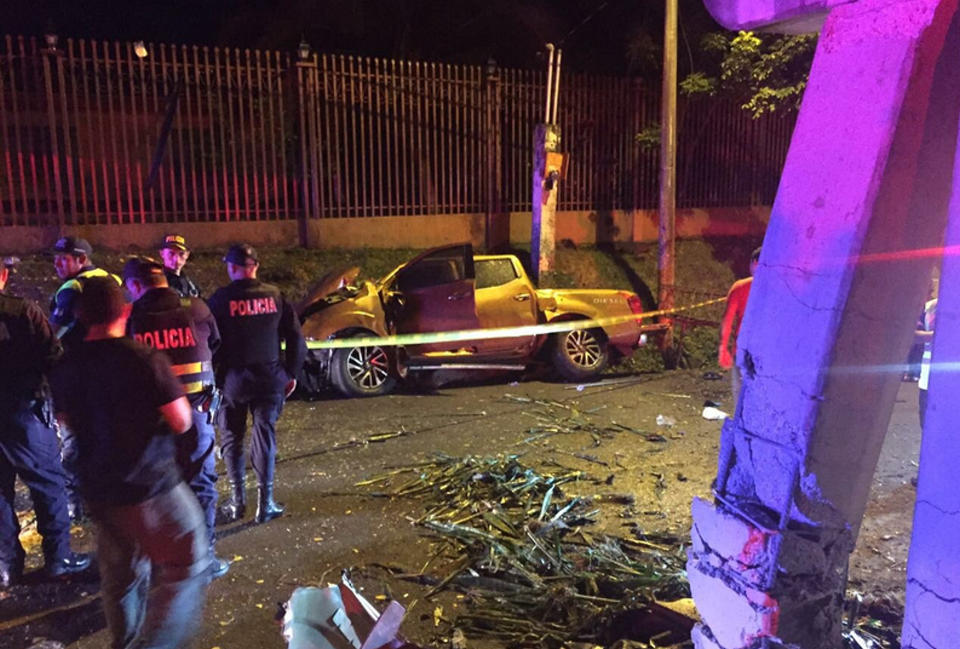 For those of us who live here and especially close to the ruta (I still can’t bring myself to calling it a highway) can hear, starting usually after 10:00pm, on most nights, the roar of engines and screeching tires.

These are vehicles participating in street racing. For the most part they are motorcycles, young men having their “macho moment”. Sometimes the roar is different, I can tell when its more than motorcycles.

And at other times, like Monday night, there is a total different sound: sirens racing to or from somewhere, the loud roar of the trucks. 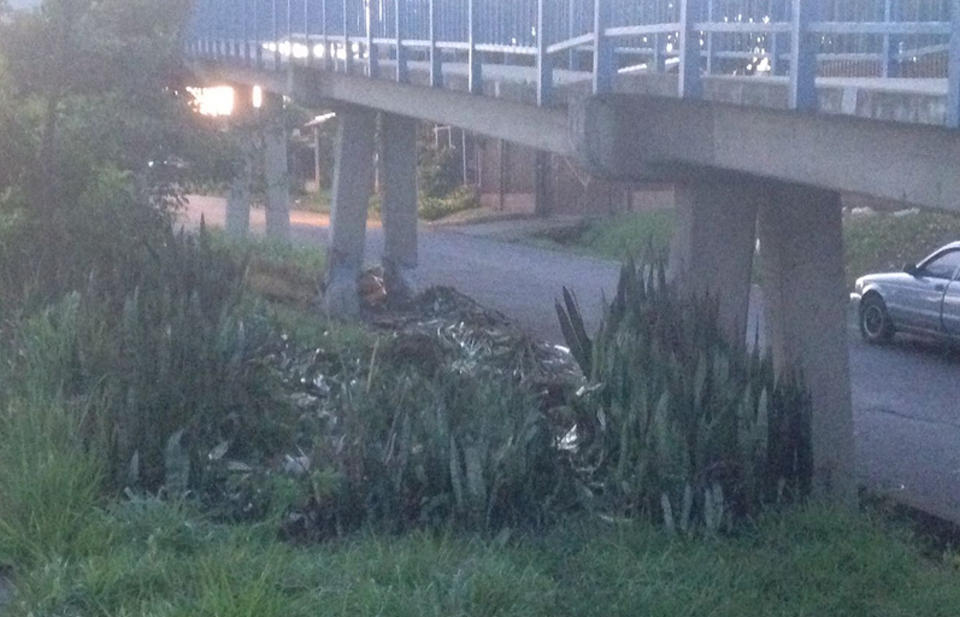 It wasn’t until the 6:00am television news that I learned what had really happened, and less than a kilometre away.

The young driver of a pick up truck had lost control of his vehicle, according to witnesses he had swerved to avoid a collision with two vehicles allegedly involved in street racing, on the east bound

lanes, hitting violently against the pedestrian overpass, landing on the side road to Rio Oro, against the mound of dirt.

Cristopher Ramírez was only 20 years old was taken to the San Juan de Dios hospital in critical condition.

The impact of the pick up truck against two columns of the pedestrian was great that it caused structural damage, on Tuesday work crews having to erect supports to make the bridge safe for pedestrians and avoid it from collapsing all together.

Now, if I and my neighbours can hear what goes on here on most nights, why can’t the traffic police? With their delegation a short distance away, by the Red Cross in Santa Ana? Are they that deaf to what is going or is it that they just don’t care, unless there is a mortal victim.

There have already been one too many. Now there is one more.

This morning, Wednesday, Christopher lost his struggle for life and is now in the judicial morgue. 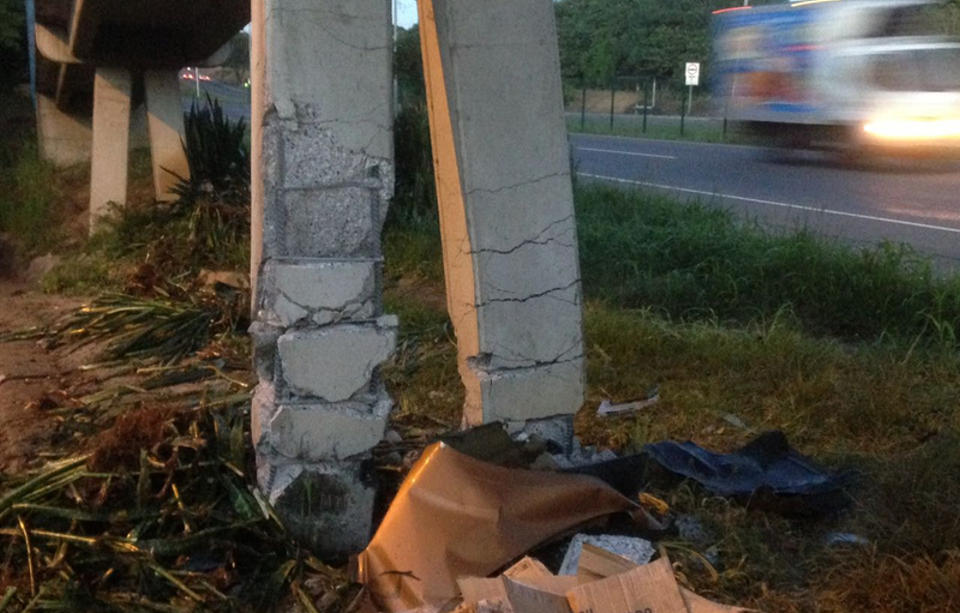 How many more like Christopher must die before something is done? The “picones” on this stretch of road are not occasional, only sometimes, but several times a week. We can hear them, why (authorities) cannot?

See the television news report of the accident. 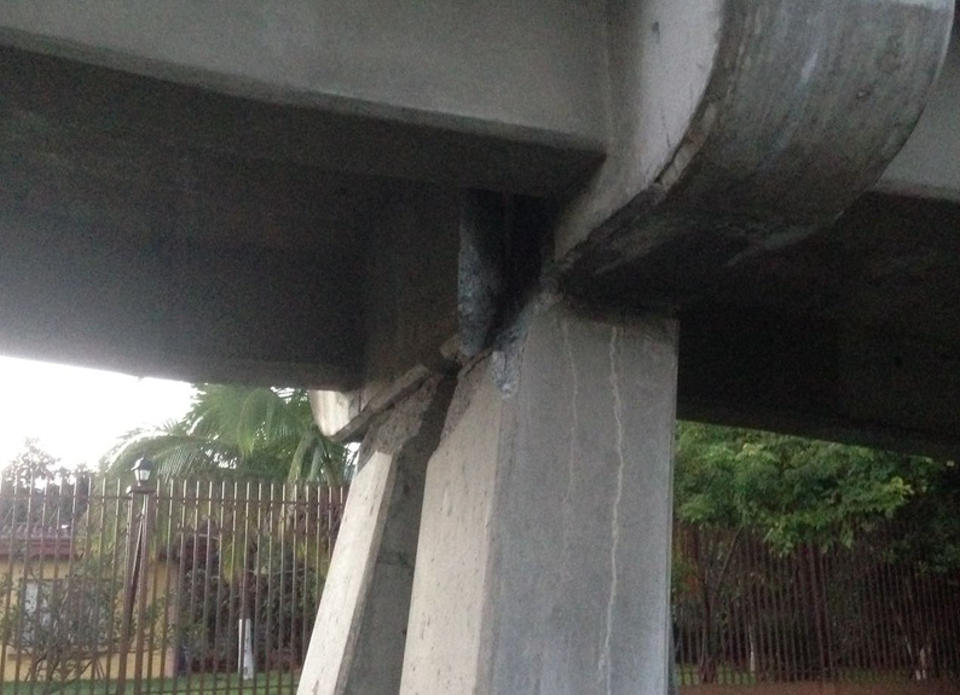 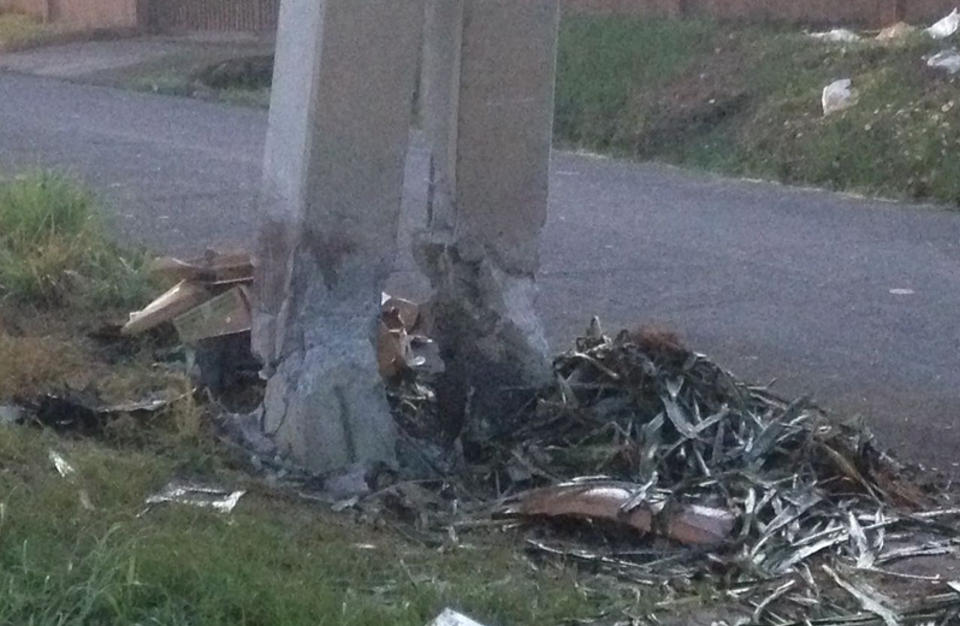