Why Did Jazmin and Laura Marry? 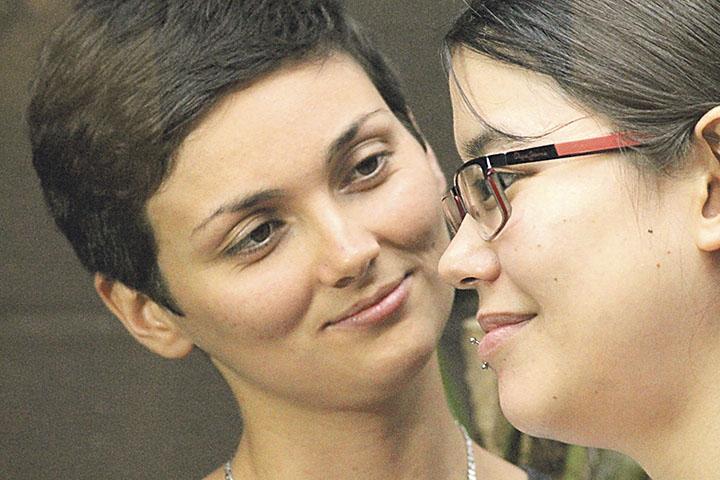 QCOSTARICA – In an opinion article in La Nacion dated November 10, Laura Flórez-Estrada who married her same-sex partner, Jazmin Elizondo, says that several months back, she and her partner (now wife) made the decision to share their lives and in the company of close friends decided to join (in an informal ceremony) in matrimony.

“We were married on June 14. We have tons of reasons for we did what we did. We have given countless interviews and have told the story again and again, but the media did not seem to bother with it”, writes Laura.

In her story, Laura says that the need to register their marriage legally came a week after the June ceremony when Jazmin got sick, waking up in the middle of the night with sharp pains, fever and anxiety.

This is when she found that, not being legally married, and although had private insurance, she could not care for “her partner”, obtain medication because the insurance only covered her partner in a legal marriage, children and parents.

“They asked me what my relationship was with the person, and after a moment’s hesitation, replied: ‘My partner’. Due to the emergency I did not argue, and agreed to be charged for the treatment,” said Laura.

This and other factors led the couple to seek out a lawyer to officiate the legal marriage on July 25 and after the mandatory three-month waiting period, for Laura being a foreign national, the marriage was on recorded in the registry on October 27.

“The reality is that we are two people who love each other and decided to be together … What is really bad is that these guidelines are discriminating against the way we decide to love,” says Laura.

“In the opinion of the majority, which has always been protected by the law, what we did is immoral and wrong, but we’re two people who love each other, fighting, deciding to share our their lives, taking this path knowing the possible consequences, which we are willing to assume,” continues Laura.

“At the end of the day, what we did was an act of commitment between two people in love, an act that can not affect anyone but us. We asserted the rights of the completely invisible in the eyes of the law, which has the same duties as any citizen community, but still does not enjoy the same rights.

“In short, we had to transgress an obsolete and absurd system to make clear that human rights are not negotiable system”, said Laura.