By Rico
5 November 2015
Paying the bills

QCOSTARICA – Admitting to an error, the Civil Registry (Registro Civil in Spanish) will seek the annulment of the marriage between two women who were married on July 25.

The director of the Registry, Luis Bolaños, said that a typing error, in 2003, caused Jazmín Elizondo to appear as man in the system. The error allowed the marriage to be registered as any other.

Jazmín Elizondo (24) and Laura Florez-Estrada (25) were married civilly on July 25, the marriage appeared in the Registry records on October 27.

Jazmín told Telenoticias that she was aware of the error on her cedula indicating her gender as a man. However, the error did not concern her, though admitting it would have been a problem if she had tried to marry a man.

The director explained that same-sex marriages are not allowed in Costa Rica and “the error was due to a data entry and failure in quality control”.

Article 14, paragraph 6, of the Family Code (Codigo Familia) does not permit marriage between same-sex couples. Bolaños added that there is the possibility of a lawsuit or a complaint filed (with the Bar) against the lawyer, Marco Castillo, who performed the marriage. 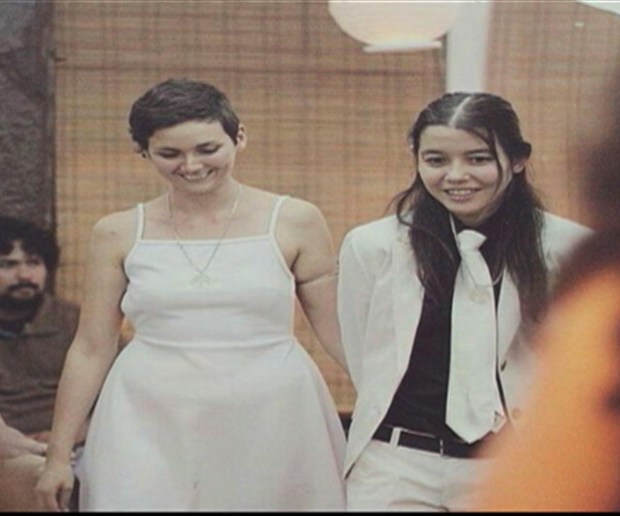 For his part, Castillo, president of the Diversity Movement (Movimiento Diversidad) the group that promotes LGBTI (lesbian, gay, bisexual, transgender and intersex) in Costa Rica, defends the legality of the act.

“I do not know if this was due to an error in the registry, but from the point of sexual diversity, there are transgenders and thus what I saw in front of me was a female transgender with lesbian orientation,” the lawyer told La Nacion.

“I legally married a man and a woman,” insists the lawyer. “It is a step forward in the recognition of human sexuality,” he added.

- Advertisement -
Paying the bills
Previous articleAl Pacino, John Lennon And A Lost Letter
Next articleBLOG: The Magna Carta Vs. The Reality Of Administration

QCOSTARICA - According to data from the Instituto Nacional...
Health