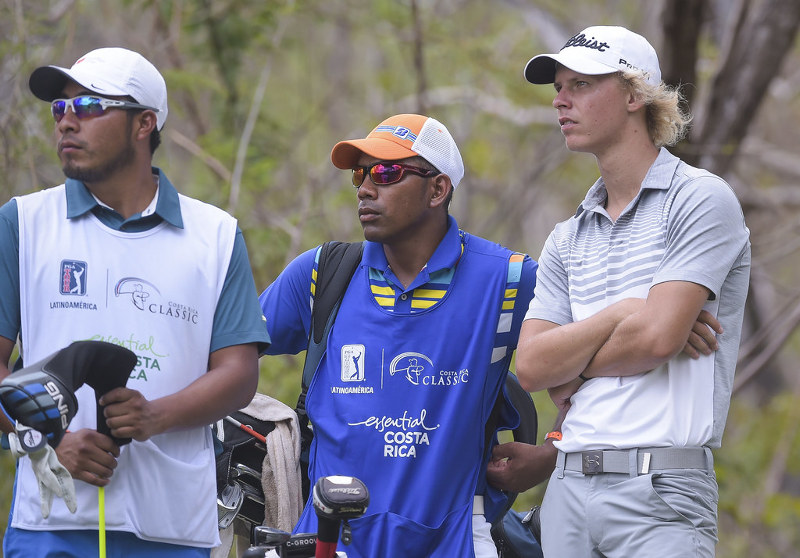 Life comes at you fast when you’re a teen sensation on the golf course. Just ask Costa Rica’s Paul Chaplet. One minute you’re winning events at 16-years-old and being tipped as the next Tiger Woods, the next, you’ve finished your degree at Arizona State and you’re yet to break onto the PGA Tour.

You would imagine that it would be easier to take if there weren’t so many reminders of how others have surged ahead.

Indeed, whilst Chaplet remains on the driving range at his local course trying to find a swing that will take him into the professional game, fellow Arizona State graduate Jon Rahm will lead Europe in the Ryder Cup. Granted, the Ryder Cup odds suggest that Rahm and Europe will be on the end of a beating have been priced at 15/8 to win in Wisconsin, but being beaten in golf’s greatest team competition is a lot better than wondering if you will have to change careers.

On a side note, it should be pointed out that Europe could also pull off an upset and the latest Ryder Cup betting tips leave room for that eventuality. Professional sport, as we know, is full of surprises and plots that not even the most imaginative minds could have predicted.

Masters appearance still in the memory

As for Chaplet, there will undoubtedly be a sense of feeling left behind when he turns on the TV at some stage over the weekend to watch the Ryder Cup unfold at Whistling Straits. It’s a natural emotion to experience when you feel like you’re underachieving but it is also one that can drive an individual on to greatness.

It should be said that Chaplet has had a taste of the big time due to playing in the Masters in 2016 after winning the Latin America Amateur Championship. The San Jose-born golfer was only 16 at the time and it was somewhat a baptism of fire after shooting rounds of 83-82 and missing the cut. Although it’s worth pointing out that by shooting one less during his second round, Chaplet showed a lot of character. It would have been tempting to throw in the towel but, instead, the teenager rolled up his sleeves and gave it his best.

At 16, Paul Chaplet earned an invite to the Masters. What were you doing at 16? https://t.co/wyQyHPZPv7 pic.twitter.com/kWmkiNwWJF

All in all, it was a peculiar event in 2016, given that it was the year that Danny Willet would win the Masters after Jordan Spieth crumbled in spectacular fashion when shooting a quadruple bogey on the 12th hole to gift wrap Willet a green jacket.

Time is ticking for Chaplet

At the time, a young Chaplet would have watched on and perhaps thought that he would be rubbing shoulders with Spieth sooner or later, but the harsh reality is that the Costa Rican hasn’t driven up Magnolia Lane to compete in the world’s most prestigious major since.

At 22 now, the same age Spieth was when he had won over $18 million on tour, the future seems less certain for Paul Chaplet. The next few years will be crucial in his quest to play professionally and he’ll certainly need a few breaks along the way if he is to ever fly the flag for Costa Rica on the PGA Tour.

- Advertisement -
Paying the bills
Previous articleWhat is Daniel Ortega looking for in Russia?
Next article11 benefits of e-learning

This is how you get the QR code, mandatory from December 1

QCOSTARICA - A bill being discussed by lawmakers would...