Women Celebrate: “Thanks Costa Rica For Not Going To Second Round!” 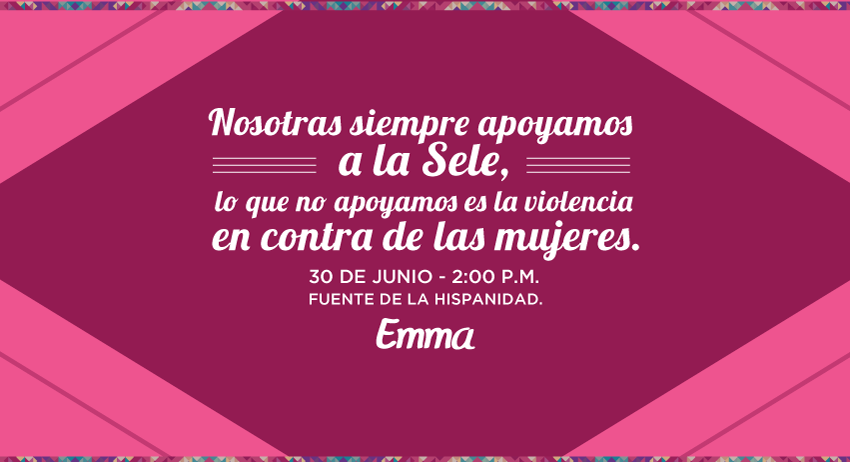 A group of women is celebrating the national team’s early departure from the World Cup 2018 in Russia this Saturday, in the hope that it could reduce the violence against women.

With the slogan ¡Gracias Costa Rica por no pasar a octavos! (Thanks Costa Rica for not going to the second round!) a group of women will celebrate in the loss at “Fuente de la Hispanidad” in San Pedro, the possibility that, with the Sele out of competition, cases of domestic violence will decrease.

The activity, a very different type of welcome or the national team, different from the welcome in 2014 when the Ticos advanced to the quarterfinals, will be this Saturday, June 30, at 2 pm.

The Fuente de la Hispanidad is the same location that drew thousands to celebrate Costa Rica’s win in 2014.

The event is organized by the Gutis pharmaceutical, the maker of the Emma brand of birth control pills.

In a symbolic way, these women will celebrate that in the absence of games in many homes they will not live with the fear that provokes the violent reactions of their partners, who often under the effects of alcohol and drugs retaliate the defeats with their spouses.

During the Brazil game, between 6 am and 8 am, the 911 emergency received calls from 15 people reporting domestic assaults. Then, from 8 to 9 in the morning, the calls increased to 18.

According to the data, during the three games the Ticos played in this World Cup, where they lost the first two and tied the third, the 911 reported on average a call every 3 minutes.

“This is a problem that is affecting many women in our country. Futbol (soccer) should unite us all in joy and not turn such a beautiful sport as a reason for violence. That is why we want all the women of Costa Rica to join us in this celebration,” affirmed Yimaina Vega, head of publicity at Gutis.

Vega said that they are not looking to celebrate the defeat but to invite the victims of aggression and the people who are witnesses to raise their voices on violence against women.

The activity is open to all those who want to join to protest and demand that a woman not is attacked again.

- Advertisement -
Paying the bills
Previous articleYour TV Set Is Not Broken, TD Mas Was in B&W on Friday In Support of Pride March
Next articleOscar Ramirez Arrived in Costa Rica Amid Heavy Security

Tourism entrepreneurs should coddle local tourists, not scare them away