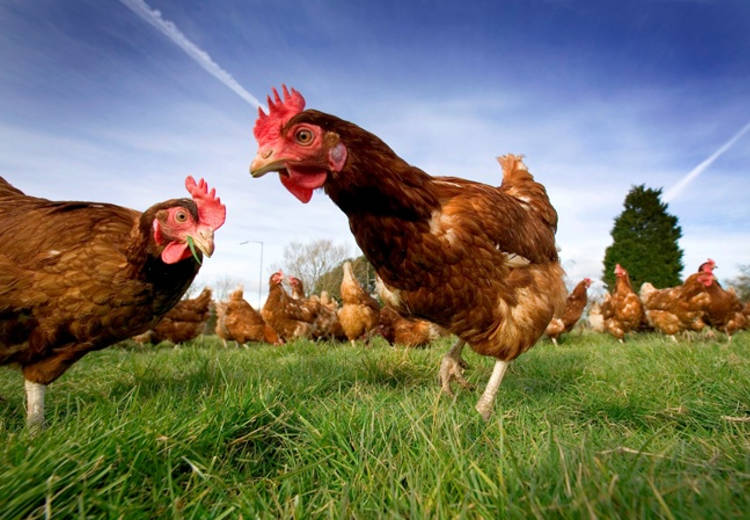 The cage-free trend, which has been growing in Europe and the United States for a number of years, is in stark contrast to the industry standard of egg production in which hens are confined in barren “battery cages” with barely room to move. In these small wire cages, each hen spends practically her entire life in a living area smaller than a single sheet of letter-sized paper. This industrial production is a far cry from the backyard henhouses that many Costa Ricans were familiar with in the past.

In response to the growing public opposition to battery cages, food retail companies around the world are switching to eggs from higher welfare systems. Major multinational corporations, including Starbucks, Unilever, Burger King, Carl’s Jr., Subway, McDonald’s and Kraft, are using cage-free eggs in North America or European locations. Unilever, maker of Hellmann’s, has announced that they will be 100 percent cage-free globally by 2020. Marriott International will also be cage-free by 2015.

A growing number of Costa Rican restaurants are also choosing to serve only cage-free eggs. One recent example of the growing trend is the opening of the restaurant Búlali in Avenida Escazú. The café and pastry shop, which focuses on artisanal and sustainable cuisine, has committed to only serve eggs from cage-free farms.

Alexa Quirós, Búlali’s owner, said: “At Búlali we care about animal welfare and the planet. That is why we only use cage-free eggs.”

Cynthia Dent, regional director for HSI-Latin America said: “We congratulate Costa Rican restaurants like Búlali for recognizing that all animals deserve a more humane treatment, including those raised for food. We know that this cage-free trend will only continue to grow in Costa Rica and we look forward to working with socially responsible restaurants in the country who want to join this movement. All restaurants can improve the lives of laying hens by switching to eggs from higher welfare and pasture-based systems.”

Costa Rica has approximately three million egg-laying hens, many confined in barren battery cages. In these cages, hens do not have enough space to fully spread their wings and are denied nearly all natural behaviors, including nesting, perching and dust bathing, all of which are critically important to the hen.

Eggs that meet higher animal welfare standards, such as those labeled as cage-free, are available at many supermarkets and organic farmers markets, as well as a growing number of socially-responsible restaurants in the San José area and tourist destinations such as Puerto Viejo, Montezuma and Santa Teresa.

*   In Costa Rica, eggs labeled as cage-free are available at organic farmers markets and supermarkets such as Jumbo, Perimercado, Auto Mercado, Más x Menos, Wal-Mart, Ecomercado, and Green Center. They are also available from delivery services such as Viandas and Orgánico a su Casa.

Video and photos of hens confined to battery cages are available on request.

Humane Society International and its partner organizations together constitute one of the world’s largest animal protection organizations. For nearly 20 years, HSI has been working for the protection of all animals through the use of science, advocacy, education and hands-on programs. Celebrating animals and confronting cruelty worldwide — on the Web at hsi.org<http://www.hsi.org/becrueltyfree.