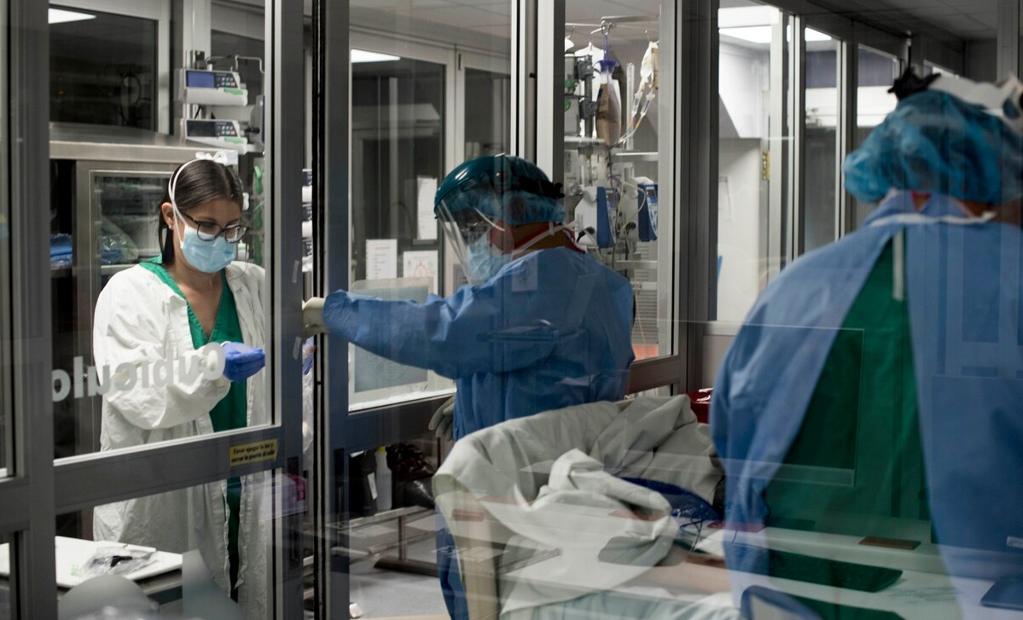 This was confirmed by the medical manager of the CCSS, Dr. Mario Ruiz Cubillo, at a press conference mid-afternoon on Sunday, December 20.

In essence, Cubillo explained, covid-19 patients are now arriving in worse shape; so much so that their condition is so serious that they require intensive care, skipping being hospitalized in general wards.

On Saturday, December 19, around 6:30 pm, at least four patients were waiting for beds in Intensive Care Units (ICU) due to a lack of available spaces.

“We have reached the moment we hoped not to arrive, but it is a reality that we are living. We had four patients in critical condition and all the (ICU) beds were occupied,” admitted Ruiz.

And he added: “We are in a critical situation where there are no (ICU) beds and mortality is going to increase, more people are going to die because we no longer have sufficient equipment and resources, they are going to die due to lack of adequate care.”

Beds in the ICU for covid-19 patients are divided into two classes:

As of this Sunday, there were 349 ICU beds available in Costa Rica, of which there are 116 ‘critical’ with 99 of them occupied, that is 97% of critical beds occupied.

Ruiz explained that, between Saturday night and Sunday, it was possible to relocate some patients to critical beds and, several people died, freeing up some beds.

Of the ICU beds categorized as ‘severe’, there are 233, of which 156 were occupied as Sunday: thus 73 are available.

“We have reached maximum capacity and this is not going to change, it is a painful situation but we are already there. I wanted to make a request to you, please, we are in a very critical situation, we have patients in line to get a bed,” Ruiz launched.

The medical manager insisted that the current internments are different from a few months ago.

“Before, they entered hospital wards, now not: they are entering a critical bed at once but, as I say, more people are going to die. I insist: this battle is won in the home with the responsible behavior of each one of us, let’s take care of each other, if you can avoid going out; don’t,” Ruiz stressed.

Health Minister Daniel Salas Peraza also made a vehement call to the same effect during the press conference.

“What we live as a society is very hard and difficult, we did (in the beginning) many things well and the population as well. But there are many that today crowd the streets and shopping centers. Before, for fear of the virus, they complied with the measures but that has been left behind,” Salas said.

Salas was equally frank: Costa Rica already lacks ICU beds for critical patients at this time, as the minister recalled that almost a third of covid-19 patients in intensive care will require kidney support.

This support is already saturated because it is located in the critical ICU beds.

“I want to tell the population that standing in line at a store is optional, standing in line to enter an ICU is not optional and we do not want them to die in that line,” the Minister said.

How will patients be chosen?

Marco Boza, internist and specialist in intensive care at the CCSS, explained on Sunday the criteria for choosing who goes to the ICU.

“If there is a more intense peak in patients, we have to consider that not all hospitalized will have the same level of severity. The problem is that we are saturating severe and critical ICU beds and, to be there, several requirements must be met,” said the doctor, who works at the Calderón Guardia Hospital.

Boza said that admission to an ICU does not depend on covid-19 but on a series of clinical criteria such as, for example, which patients have a good recovery profile.

“Then, patients who can be recovered in severe and critical beds will get a bed. For those who are very seriously ill, there will be no ICU, but the system will always offer compassionate and humanistic care. Yes we are at the saturation point, but not collapse,” said Boza.

Boza explained that since so many people have let their guard down in the face of the pandemic, now there are more people who are getting sick, who had previously taken great care of themselves.

“Those who had taken lots of care now are infected because someone from the house went out to have fun or to work without taking care of themselves and infects that person on their return,” added Boza.

- Advertisement -
Paying the bills
Previous articleSeasonal anxiety can cause you to binge on food and drink
Next articleDirector of the Alajuela hospital: “I remember March 6 with unknown anguish”