Yet Another Reason for Costa Rica to Avoid Monsanto 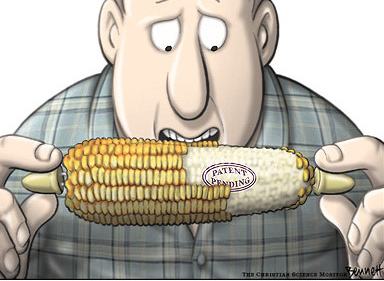 Costa Rica’s ongoing fight to keep genetically modified organisms (GMOs) bio-engineered by agro-industrial leviathan Monsanto away from her land has been justified once again.

Researchers from the University of Illinois are Pnvestigating an outbreak of western corn rootworm in two Prairie State counties where Monsanto’s bacillus thurigiensis (BT) corn is failing to do what it’s supposed to do.

According to online news reports published by AGProfessional Magazine and Saint Louis Today, pests are thwarting Monsanto’s crack team of geneticists who have worked hard to develop a pest-resistant GMO strain of corn seed. Farmers in Kankakee and Livingston Counties were puzzled to see their Monsanto crops plagued by rootworm, so they called in entomologists.

The University of Illinois researchers are testing the proteins released by BT corn to see if rootworms have become resistant to it. This pest is particularly damaging to the economy of the Corn Belt, which is an important source of food to the United States -which also happens to Monsanto’s top client nation.

“The number of beetles in the soybean fields was reminiscent of densities in the late 1990s and early 2000s—very impressive,” Gray noted. “The density of western corn rootworm adults in both crops, along with the severe pruning and lodging, was additional evidence that the Bt hybrids (VT Triple PRO RIB) had failed to offer the necessary root protection.”

Georgina Gustin of the St. Louis Post-Dispatch included an e-mail response from a Monsanto scientist:

“The corn rootworm is one of the most devastating pests to the U.S. corn yield,”

“Similar to years past, we’ve seen pockets of heavy corn rootworm pressure in isolated areas of Illinois and have been closely working with those farmers to address those issues through a series of best management practices.”

News reports such as the above are often used in Costa Rica by anti-Monsanto activists opposed to the spread of dangerous genetically modified organisms (GMOs) in our country. Costa Rica’s resistance against Monsanto is decades-long, and the most effective weapon has been to pursue cantonal municipalities to enact declarations as transgenic-free territories. About 80 percent of the country has adopted these measures.

Still, Monsanto has attempted to underhandedly plant MON-603 and two other GMO corn seeds in Costa Rica by playing a corporate shell game. The company succeeded in getting an approval to begin trial cultivation, but activists and legislators detected the scoundrelly plot, which is now under review by the Constitutional Chamber of Costa Rica, the country’s highest court.