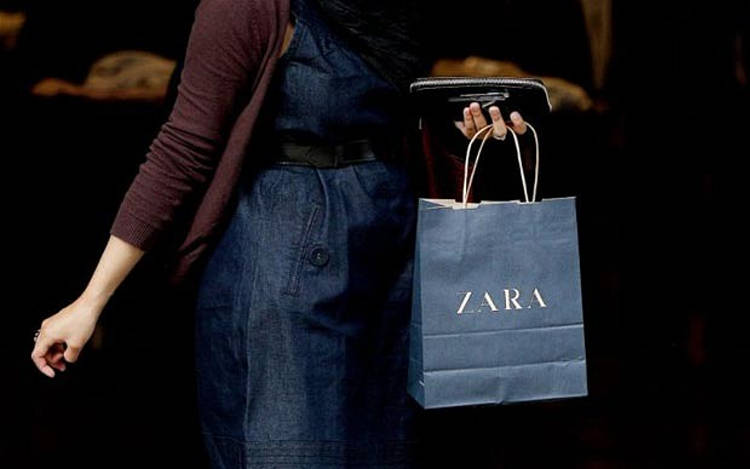 The Zara stores, the flagship chain store of the Inditex group, celebrates 25 years of international expansion with stores in 86 countries on five continents and a dozen online stores.

Founded in 1975 by Amancio Ortega and his wife, Rosalía Mera, Zara (Spanish: [ˈθaɾa]) based in Arteixo, Galicia (Spain) is the world’s largest apparel retailer, the fashion group also owns brands such as Massimo Dutti, Pull and Bear, Uterqüe, Stradivarius and Bershka.

[quote]Rosalía Mera Goyenechea (28 January 1944 – 15 August 2013) at the time of her death she was the richest woman in Spain and the world’s richest self-made woman.  On her death, Rosalía’s daughter, Sandra Ortega Mera, became Spain’s richest woman after inheriting her mother’s stake in the world’s largest clothing retailer (click here for more at Afterbizlife). [/quote]

It is claimed that Zara needs just two weeks to develop a new product and get it to stores, compared to the six-month industry average, and launches around 10,000 new designs each year. Zara has resisted the industry-wide trend towards transferring fast fashion production to low-cost countries. Perhaps its most unusual strategy was its policy of zero advertising; the company preferred to invest a percentage of revenues in opening new stores instead. This has increased the idea of Zara as a “fashion imitator” company and low cost products. Lack of advertisement is also in contrast to direct competitors such as Uniqlo and United Colors of Benetton.

Zara is a vertically integrated retailer. Unlike similar apparel retailers, Zara controls most of the steps on the supply-chain, designing, manufacturing, and distributing its products. Zara set up its own factory in La Coruña (a city known for its textile industry) in 1980, and upgraded to reverse milk-run-type production and distribution facilities in 1990. This approach, designed by Toyota Motor Corp., was called the just-in-time (JIT) system. It enabled the company to establish a business model that allows self-containment throughout the stages of materials, manufacture, product completion and distribution to stores worldwide within just a few days.

50% of the products Zara sells are manufactured in Spain, 26% in the rest of Europe, and 24% in Asian and African countries and the rest of the world.

The Group opened 95 stores during the first six months of this fiscal year, bringing the total across its 86 markets to 6,104 In August Zara launched its online sales in the Russian Federation, Massimo Dutti and Zara Home began to sell online in Canada

Origins and history
Amancio Ortega opened the first Zara store in 1975 in a central street in downtown La Coruña, Galicia, Spain. Ortega named his store Zorba after watching the classic film Zorba the Greek, but apparently there was a bar that was called the same, Zorba, two blocks away, and the owner of the bar came and said, “this is going to confuse things to have two Zorbas.” They had already made the molds for the letters in the sign, so they just rearranged them to see what they could find, and they found Zara.

The first store featured low-priced lookalike products of popular, higher-end clothing fashions. The store proved to be a success, and Ortega began opening more Zara stores throughout Spain. During the 1980s, Ortega started changing the design, manufacturing, and distribution process to reduce lead times and react to new trends in a quicker way, in what he called “instant fashions”. The company based its improvements in the use of information technologies and using groups of designers instead of individuals.

In 1980, the company started its international expansion through Porto, Portugal. In 1989 it entered the United States and in 1990 France.

Zara stores are company-owned, except where local legislation forbids foreigner-owned businesses; In those cases, Zara franchises the stores.