Zika Virus Expected In Costa Rica In The Coming Weeks 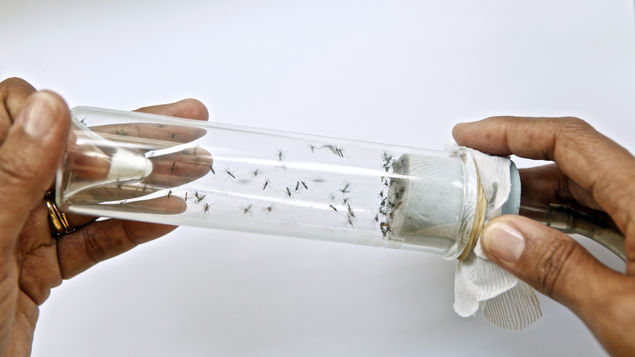 (EFE, with additional reporting by the Q) – The Zika virus, which has spread across a large part of Latin America, is the cause of abnormally small heads in newborn babies, a condition known as microcephaly, Brazil’s Health Ministry confirmed Saturday.

In Costa Rica, Ministry of Health officials expect the viruus to reach the country in the comming weeks, following confirmation of the first cases in Central America, in Guatemala and El Salvador.

“It is not as disabling as the chikungunya or at risk of mortality as dengue,” said Castro.

Since last July, at least 739 cases of babies born with microcephaly have been detected in Brazil, a number five times greater than usually occurs in an entire year.

In Brazil, a laboratory exam of a baby with microcephaly and other congenital illnesses performed at the Evandro Chagas Institute, known for its groundbreaking studies of tropical diseases and located in Belen in the northern Brazilian state of Para, confirmed that the newborn had the Zika virus.

“This is an unprecedented situation in world scientific research,” the Health Ministry said in a communique, adding that the work must continue to find answers to questions like how the virus is transmitted, how it acts on the human organism and how it infects a fetus.

Preliminary analyses suggest that the greatest risk of contagion occurs during the first three months of pregnancy, the source said.

The Brazil Health Ministry stepped up its call for a “national mobilization” to contain the virus-carrying Aedes aegypti mosquito, responsible not only for the spread of Zika but also of dengue fever and Chikungunya.

The Zika, endemic to West Africa, has symptoms similar to those of dengue and Chikungunya, but up to now was considered less dangerous, so that reporting it is not obligatory in Brazil.

According to the Brazil’s Health Ministry’s latest official bulletin, 199 municipalities around Brazil, particularly in the northeast, southeast and Amazon regions, run the risk of being hit by these diseases in the coming months.

Soon a vaccine against Chikungunya

QCOSTARICA - The world may soon get a new weapon against...
Read more

QCOSTARICA - As has happened with other viral diseases, dengue declined...
Read more