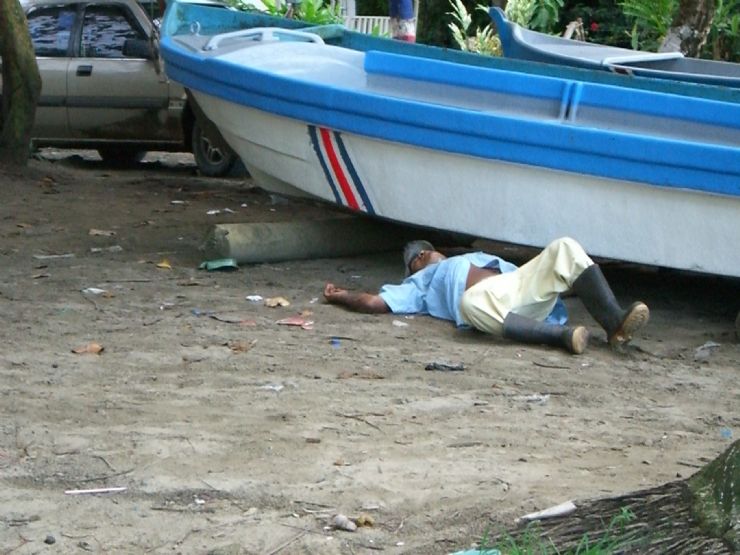 (QCOSTARICA) Costa Rica is beautiful and serene, but there is a dark side. With all the great power of nature comes the great responsibility of being home to some of nature’s most deadly and feared animals and predators.

Here are a few to look out for avoid during your visit: 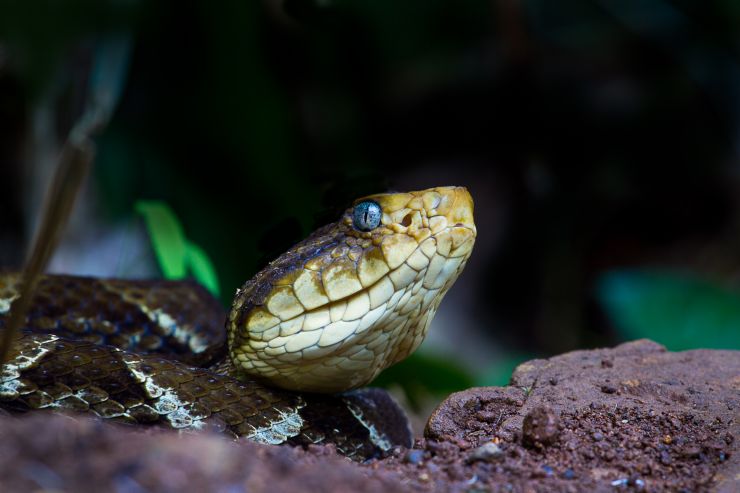 Of course this list contains a snake (full disclosure: it is actually snakes since this is the first but certainly not the last one on the list). This snake is a viper, and its bite can be fatal. So, if you see a gray or brown snake that has a triangular head with diamonds, you should probably abort with caution. You can find this dangerous snake in Corcovado National Park 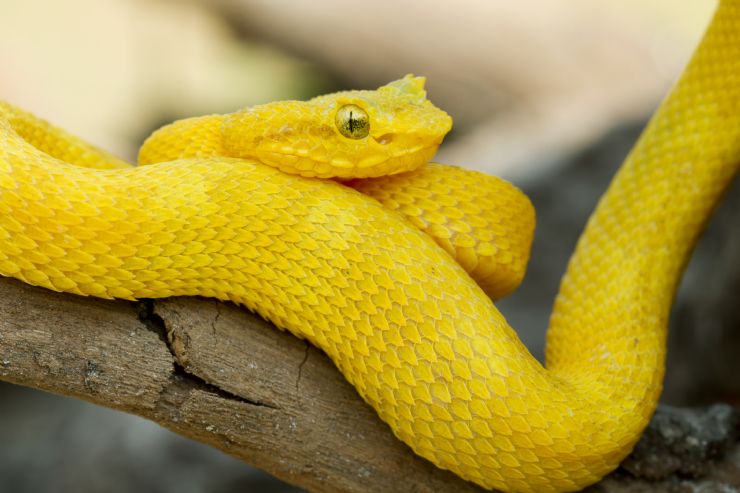 I figured I could just get all the snakes over with at once. This is also a venomous viper, with yellow, green, red and brown coloring and coloring combinations. They have a diamond head too but much smaller than the Fer-de-Lance – so basically, in Costa Rica, diamonds are NOT a girl’s best friend. Or anyone’s best friend. You can spot them in Cerro de la Muerte and Manuel Antonio National Park 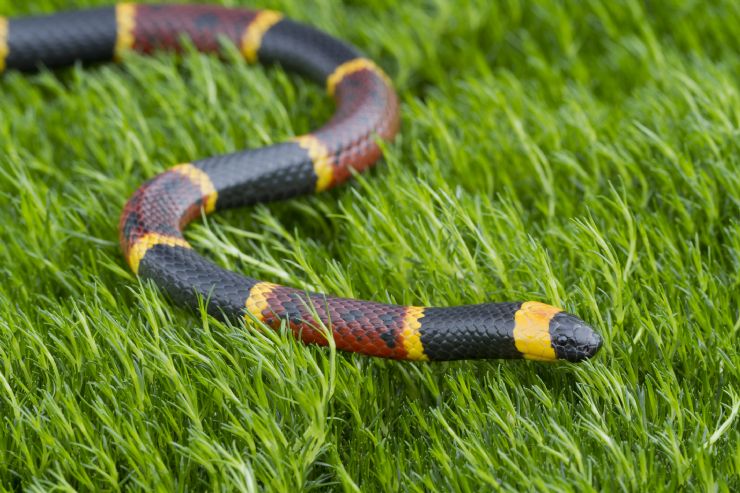 The last snake on the list….but there is a spider later. #Sorrynotsorry. Few bites are recorded since this snake is reclusive, and they only bite as a last resort. Their fangs are short, but if they penetrate your skin, get help. Like, yesterday. There are two varieties in Costa Rica, so be aware to recognize the correct one. You can find this amazing snake in Arenal Volcano National Park 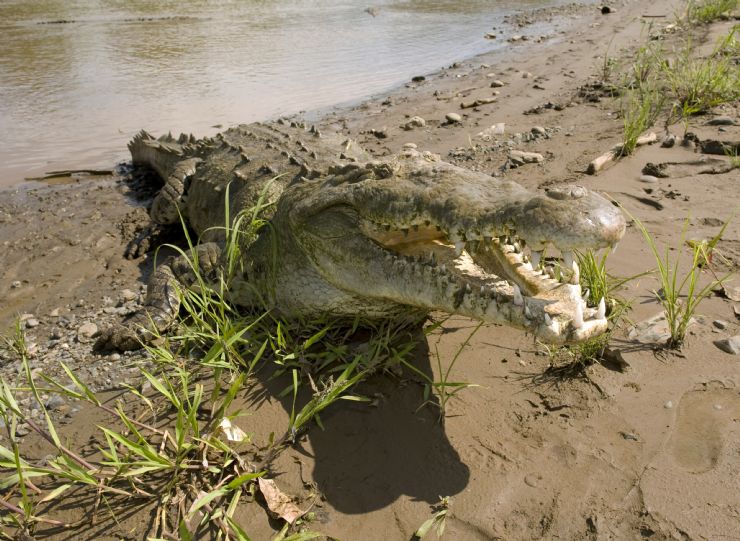 Look, I’ve moved on from snakes! Though the crocodile is no less terrifying. Attacks do happen in Costa Rica, but if you are safe and cautious and listen to your guide you shouldn’t have a dangerous run-in. The most popular spot in Costa Rica to see American Crocodiles is the Tarcoles River and it’s famous bridge. 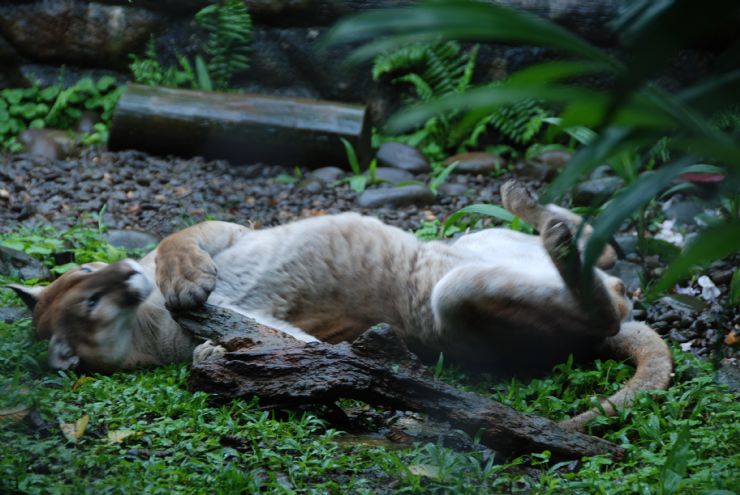 Puma playing with a logFound in Santa Rosa National Park

Meeeeow. Just kidding. More like RAWWWWR. Big cats in Costa Rica are to be avoided at all costs, though that shouldn’t be too hard since they are elusive. You aren’t likely to spot one, but if you do you better hope you are nowhere near its kittens. This magnificent creature use Santa Rosa National Park for its parties. 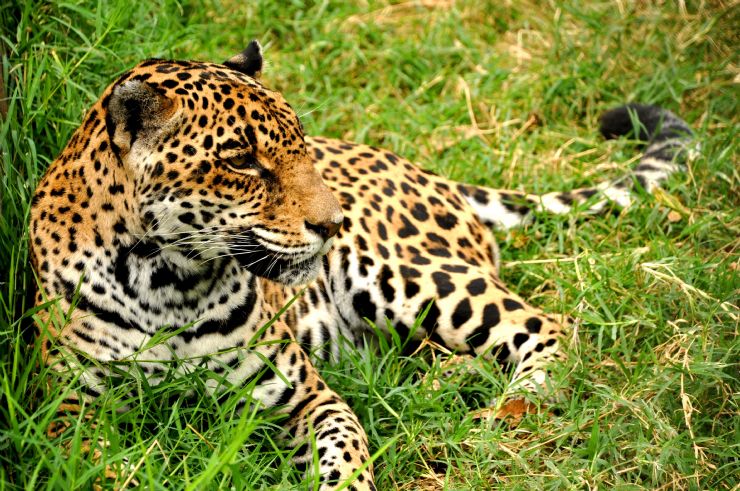 The endangered Jaguar in Costa RicaFound in Corcovado National Park

See above. Also, if you can remain calm, the best thing to do is to back away slowly. Take pictures at your own risk. This incredible creature lives in the amazing Corcovado National Park. 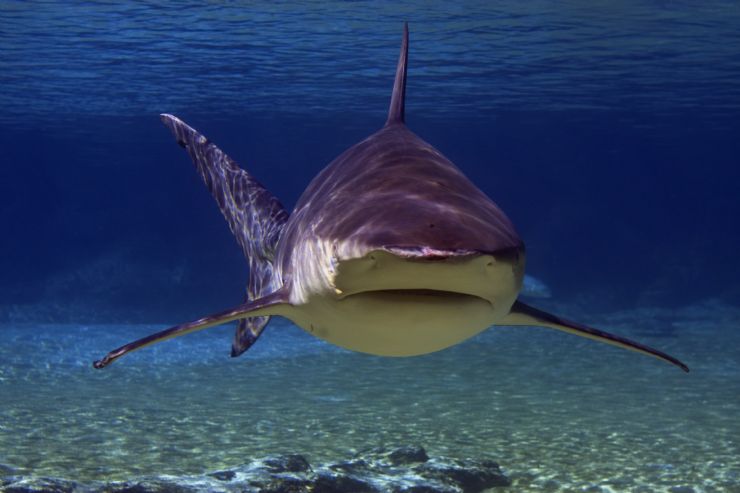 If you’ve been holding your breath wondering when the spider is coming, it is next. Feel free to skip that one. Swimming with the sharks is dangerous, even for a professional. But innocently minding your own business and going for a swim…only to find yourself with a shark is downright terrifying. While possible, this situation happening to you is about as probable as Sharknado. Of course, this terrifying creature shares waters with the hammerhead shark in playas del Coco. 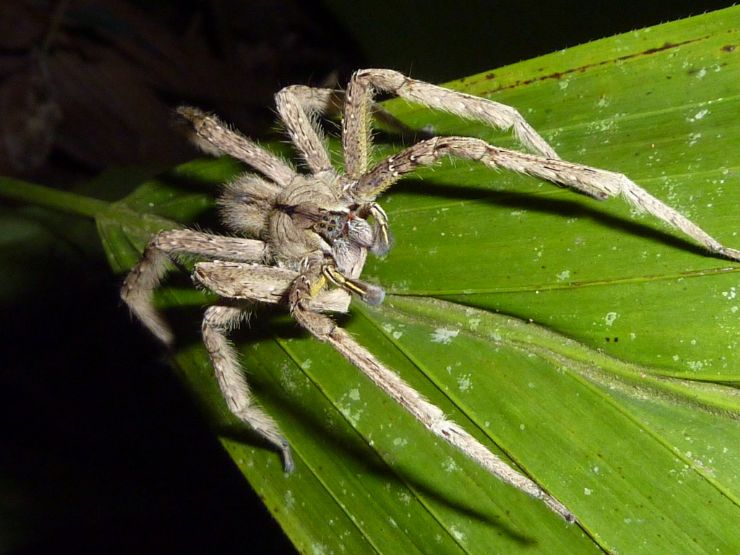 Guess where they like to wander to? Dark, warm places…like your shoes. Shake those things out every morning before you stick your feet in them! Try not to get bit, as they are venomous. There is a antivenom available, and recorded bites are rare. Again, Corcovado National Park hosts this one! 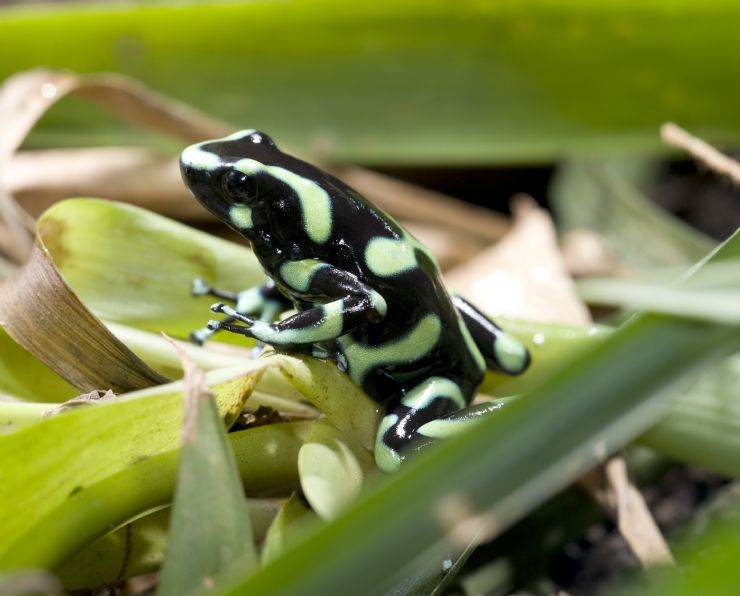 Tiny, beautiful and deadly. These aren’t the types of frogs that you should handle, as their poison can cause paralysis and heart attacks. Basically if you see a frog that is colored vividly just let it hop along on its way. You can touch them, but remember to wash your hands after that. Two national parks are home for this tiny friend: Carara and Cahuita.

Not so rare to spot in the wild, these creatures are often seen at night, but can be seen during the day on special occasions like holidays. Proceed with caution as they can be very loud. hahaha just kidding, Ticos are so friendly and happy..no wonder why they are the happiest people on earth!

- Advertisement -
Paying the bills
Previous articleCan You Name The Countries of North America?
Next articleCanada Day For Costa Rican Children

QCOSTARICA - The vehicle restriction of odds and evens...
Politics