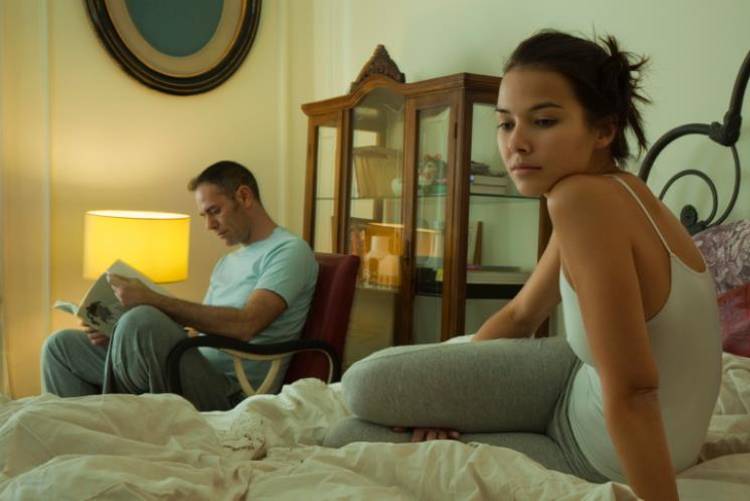 (AFTERBIZLIFE) Great sex outside of a relationship is attainable, but can you have an amazing relationship without sex? What a pickle! You think you’re officially off the meat hanger but hang on, what’s that? A sexless relationship? For real?

A “sexless” relationship is one where sex happens fewer than 10 times a year. Some studies estimate that the average person has sex 103 times per year – that’s 8 times a month, an achievable target for some, impossible for others.

Interestingly, sex-avoidant or sexless couples are on the rise. Here’s the grim reality. A Newsweek poll said 15% to 20% of couples are denting the bed less than when they first hit it off. In the book “Why Women Have Sex,” some 32% percent of 1,748 women aged 18-24 (single and married) said sex wasn’t a priority in the past year. A North American survey of 3,000 folks say that 4.8 per cent of men and 10.8 per cent of women admit to low sex drive, whilst another poll found 30 per cent of males in their 40s and 34 per cent in their 50s to be sexually inactive in the past 12 months. Some 21% of women in 40s to 50s found themselves in similar situations.

Let’s get the obvious out of the way – sex binds emotionally, mentally and physically. If it’s mind blowing, something chemical happens that makes us stick. But low and no-sex couples aren’t needles in a haystack. Ditto for downward spiralling sex appetites. It isn’t common (especially when you’re younger) and it also doesn’t “just happen.” The lust hormone resides in us all. How we use it to addict us to sex and pleasure is up to each one of us.

Those looking from the outside in may think rightly that bed-sex prowess and satisfaction is a matter of process, not luck. It is, mostly. But achieving regular sex (with zilch toe curling) in a stable relationship is harder than you think. If sex is unquestioningly addictive, why are sexless unions becoming commonplace? It’s hard enough to find love and keep love, here’s why some folks vacate the love shack.

Sexual attraction is what ‘gets things going.’ Couples hook up then choose to stay together. But life can get in the way. Bills, work, relationship on routine, babies, more bills, weight gain, changes in appearance, deteriorating levels of ‘hotness,’ a soft ‘schlong,’ other stressors. Don’t let everyday life get the upper hand in your relationship. It will win.

You like it rough, he doesn’t. When people say ‘sex ain’t happening,’ it usually boils down to mismatched sexual needs and expectations. Crudely put, your shagging magic number and bedroom voyeurism style doesn’t match his. Having no middle ground puts you in earthquake zone.

‘Not in the mood’ happens when you’re too caught up with life. Your relationship and sex life is re-prioritized to back seat status. Mind over matter. Physical and mental exhaustion aren’t anything to laugh about but rescuing a sexless relationship from the brink of death is worse. Pick the lesser evil.

4. Sex is boring and routine

It happens. Sexual intimacy and fulfilment is an expected part of modern relationships. But ‘lots of sex’ in the beginning often slides and slows to a grind, an obligation even. Not the death of the union but it can put a real stinker into your sexual and emotional relationship as it hovers from 1x a week to 1x in three months, fading into something on a to-do-but-never-happens list.

5. You’ve fallen out of love with your partner

Don’t feel quite so lovey-dovey anymore? Without physical intimacy (for lust and emotional connection) a lack of sex fast tracks the arrival of love affairs. Love needs keeping alive. It’s not a perpetual self burning flame.

Fights should really be just about fighting and forgetting. But emotions aren’t always predictable and responses are even less so. Anger and resentment are relationship killers.  Not just for sex but everything a relationship stands for. Non-sex problems often impact on the quality and frequency of sex. Say hello to unending bouts of silence and no sex as punishment. Unaddressed, this can escalate into a nasty sex impassé, resulting in loneliness and frustration. Not pleasant at all.

Baby changes people’s roles and priorities, putting your libido on ice. Families are usually about the kids – walks, parks, enrichment classes, the foods they can and cannot eat, playing chauffeur. Kids ‘manja’  nonstop, making gaze-in-your-eyes, let’s-get-frisky moments hard to come by. Quickies result, behind locked doors. Though better than no activity, they don’t always satisfy the woman in the long run. Not a permanent option. Sorry, boys! Take inspiration from the Obamas, do ‘date night.’ Parenthood TV series lead Adam Braverman schedules ‘Funky Town’ and syncs phone calendars with his wife. Why not you? It’s not the ultimate romancing tactic but given baby and your daily grind, forget sex on tap, try keeping sex on the calendar instead.

Aging takes a hit on otherwise healthy libidos and it’s no cause for a celebration. If you both have naturally low sex drives, having less sex won’t frustrate the both of you. But if you want it 5 times a week and he doesn’t, whoops, a storm’s brewing. Over time, one party could opt out of the union because they feel ‘unloved,’ and that’s how one night stands and affairs become part of the equation. Sexual dissatisfaction is a forecaster of infidelity, an increase in porn downloads and the tacit introduction of prostitutes or sex buddies. Ouch. If you don’t want to lose the plot, don’t let a low libido hurt your relationship. Test those mythical aphrodisiacs. If they disappoint, hedge your bets on that little blue pill and KY Jelly.

10. Insecurity about your appearance

Stretch marks, surgical scars, the dreaded orange-peel butt, dimpled thighs, unwelcome weight gain (and other insecurities) can mark an end to sex as we knew it. As you age and your body changes, the person looking back at the mirror isn’t the person you still are (inside). Your fears become your reality, making sexy and spontaneous sex harder to achieve.