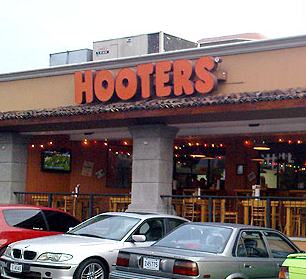 “A little girl?” asked a surprised Paulo Trejos, manager of Hooters restaurant in Escazú, where several customers saw a 10 year old girl apparently working there. A photograph that circulated on Facebook last Sunday shows the little girl working at Hooters with the uniform on.

Furthermore, the customer who provided the photograph assures that the child was handing over food and bills to customers at the tables. “Even though I was just strolling, it is shocking to see a girl wearing the uniform of Hooters, a place where people mostly go to see other things,” said the consumer, who preferred to remain anonymous. 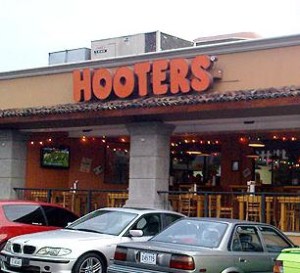 The manager of the restaurant explained that sometimes one of the employees brings her daughter to the restaurant, puts a Hooters T-shirt on her and the girl stays at the place for a day. This has happened with his permission on special occasions, but this time he was not in the restaurant and no one informed nor asked him for permission.

He added that he will find out what happened. On the other hand, the person in charge of the restaurant in the manager´s absence admitted to have made a mistake and promised to take measures to prevent it from happening again.

Esmirna Sanchez, director of the Office for the Eradication of Child Labor, said that they will investigate the conditions under which the child was at the restaurant, since it is illegal for children under 17 to work in places where alcohol is sold.

Supposedly, the little girl is the daughter of one of the waitresses of the restaurant, where she stayed from 12pm to 3pm in the afternoon while waiting for her aunt to pick her up.