A 23 year old Costa Rican mother could face charges of abandonment of her 11 month child. 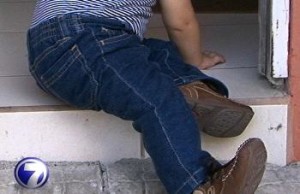 The Patronato Nacional de la Infancia (PANI) – Costa Rica’s child welfare – was called in to a house in Guadalupe after neighbours advised of a child alone in the house, with a cat, while the mother was a twork.

The young woman told PANI officials that she had left the child with her live-in boyfriend, however, evidence did not support the woman’s account.

According to the landlord, the young woman cleaned out the apartment Monday night and without giving a reason.

The child is now in the custody of the PANI, waiting on any biological family member to ask for custody.

Today, Wednesday, June 16, vehicles with plates ending 5 & 6 CANNOT circulate The measure is countrywide and applied between 5:00 am and 9:00 pm,...
Disasters