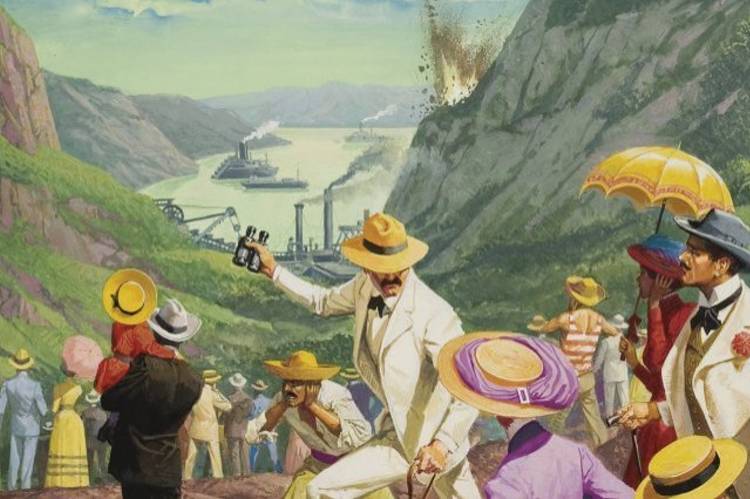 The enduring ability to inspire wonder and awe, and to weather the rigors of time, Mother Nature and human politics – these are the qualities that elevate an engineering feat to landmark status. These attributes have drawn millions to the Great Pyramids of Giza, the Great Wall of China and the Eiffel Tower over the centuries. In 2014, admiring eyes will surely turn to Central America, as the year marks the 100th anniversary of the Panama Canal.

As engineering feats go, the canal is likely to amaze travelers for centuries to come. The 48-mile-long man-made waterway connects the Caribbean Sea in the Atlantic Ocean to the Pacific Ocean at the narrowest point on the Central American isthmus.

Live Camera from the Panama Canal

First conceived as a way to help ships avoid the dangerous passage around Cape Horn at the southern-most tip of South America, the canal opened for business in 1914. The Panama Canal cut in half ships’ travel time from the Atlantic to Pacific oceans. Nearly a million ships have traversed the canal in the past 100 years, including cruise ships bearing travelers who come to experience the one-of-a-kind passage. Touring the Panama Canal and Central America allows travelers to not only see this modern engineering wonder, it provides access to beautiful landscapes, amazing wildlife and centuries-old cultures.

History of the Panama Canal

From 1819, Panama was part of the federation and country of Colombia but when Colombia rejected United States plans to build a canal across the Isthmus of Panama, the U.S. supported a revolution that led to the independence of Panama in 1903. The new Panamanian government authorized French businessman Philippe Bunau-Varilla, to negotiate a treaty with the United States. The Hay-Bunau-Varilla Treaty allowed the U.S. to build the Panama Canal and provided for perpetual control of a zone five-miles wide on either side of the canal. 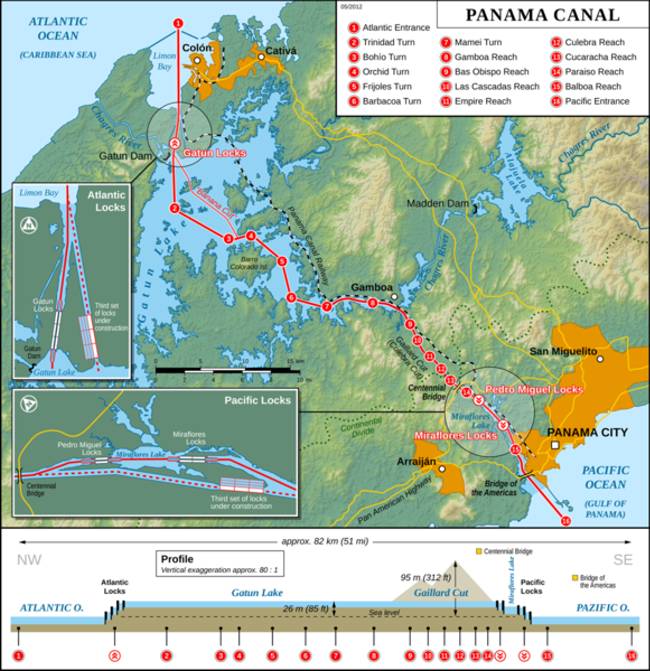 Although the French had attempted construction of a canal in the 1880s, the Panama Canal was successfully built from 1904 to 1914. Once the canal was complete the U.S. held a swath of land running the approximately 50 miles across the isthmus of Panama. The division of the country of Panama into two parts by the U.S. territory of the Canal Zone caused tension throughout the twentieth century. Additionally, the self-contained Canal Zone (the official name for the U.S. territory in Panama) contributed little to the Panamanian economy. The residents of the Canal Zone were primarily U.S. citizens and West Indians who worked in the Zone and on the canal. Anger flared in the 1960s and led to anti-American riots. The U.S. and Panamanian governments began to work together to solve the territorial issue. In 1977, U.S. President Jimmy Carter signed a treaty which agreed to return 60% of the Canal Zone to Panama in 1979. The canal and remaining territory, known as the Canal Area, was returned to Panama at noon (local Panama time) on December 31, 1999. Additionally, from 1979 to 1999, a bi-national transitional Panama Canal Commission ran the canal, with an American leader for the first decade and a Panamanian administrator for the second. The transition at the end of 1999 was very smooth, for over 90% of the canal employees were Panamanian by 1996. The 1977 treaty established the canal as a neutral international waterway and even in times of war any vessel is guaranteed safe passage. After the 1999 hand-over, the U.S. and Panama jointly shared duties in defending the canal.   Sources: About.com, Wikipedia, PanamaCanal.com, Eandt.theiet.org/