In a decision sounding very much like something the world soccer organization (FIFA) would come up with, the maximum body of Costa Rican soccer, the Federación Costarricense de Fútbol (Fedefutbol) , has decreed that First Division fans can lose their team its place in the First Division through shouting racial slurs at opposing players. 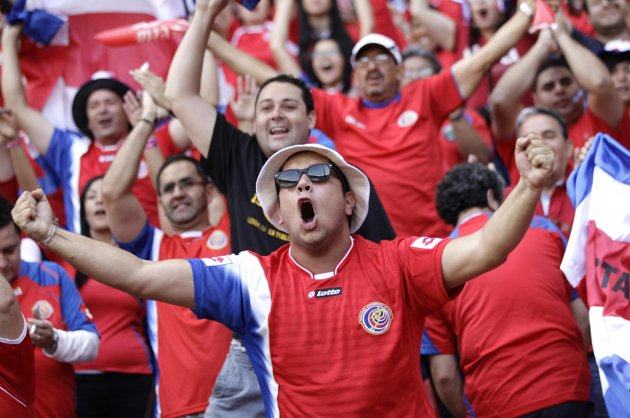 The penalty starts with a ¢500.000 colones (US$1.000) fine, then continues with the club having to play is next home match to a closed stadium (thereby losing gate receipts.) A club can also lose six points in its standing in the national championship.

For really severe or repeated infractions a club may be passed on to what baseball would call the “bush leagues,” the lower division, the winners of such ascend to the First Division. Finally, the offending club can be expelled completely from all formal competition, which would mean disbanding it entirely.

Fedefutbol explained that a club can be exonerated “if the only time the club has been sanctioned, it shows exercise of immediate measures to stop the infractions. The insults hurled by Saprissa fans against Puntarenas goalie Victor Bolivar raised the red fag to Fedfutbol earlier but those hurled at Francis were the last straw.

Comment: Notifying the offending fans may be a problem. Although notification of the new Fedefutbol rules appear in all Spanish language newspapers, we are not sure that many of the brain dead who would yell racial insults in this country can read.

QCOSTARICA - This note in from the United States Embassy in San Jose, that they will be on Thursday, November 26, 2020, to commemorate...
Read more
People

QMAGAZINE - After the death of the former Argentine player, Diego Armando Maradona, was announced this Wednesday, November 25, Madonna fans were shocked. The fans...
Health

QCOSTARICA - Although this year the traditional lighting of the Museo de los Niños (Children's Museum), which year after year attracted thousands of families...
Health

QCOSTARICA - Product of the joint work of the Ministry of Health (through the Health Governing Area of ​​La Cruz), Universidad Estatal a Distancia...
Health

QCOSTARICA - Costa Rica began the process to acquire equipment that it will need for the future application and storage of the vaccine against...
Redaqted

Traveller’s Tale: Costa Rica has reopened to travelers. Here’s what it’s like to visit

LONELY PLANET -  Twenty-one years ago, Costa Rica was the first country I had ever visited outside the United States. Since that first trip,...