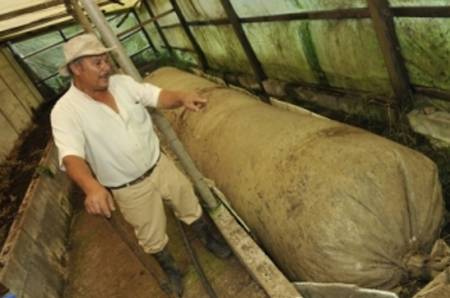 (Reuters) – Costa Rica expects to sell 16 million tonnes of carbon credits over eight years on its new carbon exchange –  BANCO2, Latin America’s first, a venue that allows polluters to offset their emissions with permits they can buy. 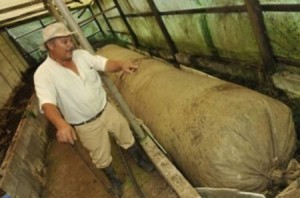 Launched last month, the exchange provides a forum for tradable certificates that confer the right to emit one tonne of carbon dioxide.

The approach attaches a cost to pollutants and seeks to reduce greenhouse gases in the atmosphere.

“It will be a common base to fight climate change and help the country reach its goal of carbon neutrality,” Environment and Energy Minister Rene Castro told Reuters.

The new BANCO2 market verifies and regulates the sale of Costa Rican Carbon Units, or UCCs, but the exchange faces the challenge of saturated international carbon markets and low prices for the credits.

Besides the UCCs, traders can also purchase the so-called Certified Emissions Reductions issued by the U.N.’s Clean Development Mechanism (CDM), the original carbon market created by the Kyoto Protocol. The CDM allows developed nations to purchase carbon offsets by investing in pollution-reducing projects in poorer countries.

Earlier this month, Costa Rica’s Forest Financing Fund issued the first 1.2 million tonnes worth of carbon offsets at $5 per tonne.

By 2021, the fund aims to generate 16 million tonnes worth of credits from a range of pollution-reducing projects that can be sold to buyers seeking too offset their emissions, according to the environment and energy ministry.

Prices for carbon credits reached an all-time high in July 2008 at 36.43 euros ($50.17) per tonne under the European Union’s carbon market, the world’s biggest.

But when Europe’s industrial production stalled after the 2009 financial crisis, supply quickly dwarfed demand, driving the credits to their lowest level of 2.75 euros ($3.79) per tonne in April, according to data from Point Carbon.

The new carbon market will also work with Costa Rica’s central bank to offer reduced interest rates on energy-efficient cars and home improvements in exchange for signing over the carbon emission offsets to BANCO2.

But global supply of carbon credits exceeds demand for the offsets.

“In the current economic situation, all of the carbon markets are more or less over supplied,” said Stig Schjolset, head of EU Carbon Analysis for Thomson Reuters Point Carbon.

Still, Costa Rican subsidiaries of Bridgestone Corp and Toyota Motor Corp have expressed interest in mitigating their carbon footprint with the assistance of BANCO2.

Denmark is also considering buying credits on the nascent exchange, according to a statement from Castro’s office.

Still, Schjolset said it could take years before Costa Rica’s market takes off.

“Much more ambitious (pollution) targets will have to be put into place post-2020 to create a real demand for reductions both internally and through international offsets,” he said.