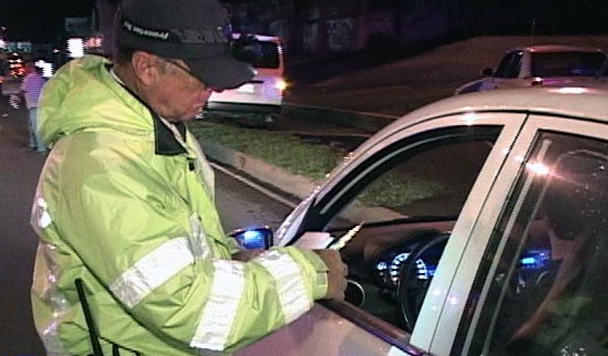 Desamparados is one of the most densely populated area of San José. As such the Policia de Tránsito often set up their spotchecks or “operativos” in the area of Parque de la Paz, on the Circunvalacion, one of the main access to the south side of San José.

In the early hours of Sunday morning, more than 20 officials were on hand to check on drivers, with focus on drunking and driving.

Despite the tough transit law that went into effect last October, many drivers continue to driver while under the influnce.

The end result in the wee hours of this morning were three drivers caught driving under the influence, two vehicles confiscated and another seven had their plates confiscated.

The chief of the traffic police, German Marín, tells th Q that “operativos” will be intensified and spread out across the city, part of plan to reduce bad driving.