QCOSTARICA –  For the last couple of weeks the residues of 120,000 residents of Tibás, Moravia, part of Guadalupe (Goicoechea) and La Uruca (San Jose), no longer end up in the Torres, Maria Aguilar and Tiribi rivers, rather, is processed at the new treatment plant, Los Tajos, in La Uruca.

These users were already connected to the current sewage system by the Instituto Costarricense de Acueductos y Alcantarillados (AyA).

Related:  18,000 People Defecate In The Open in Costa Rica

Now, the daily waste of 4.4 tons of solid and 2.7 tons of organic matter is sent to the waste collector with a capacity flow of 2.81 m3/sec and maximum treatment capacity of 3.45 m3/sec (Phase I).

Los Tajos will be Costa Rica’s biggest waste water treatment plant (WWTP) project in the country, the cornerstone of the San José Environmental Improvement Project, a program aimed at the refurbishment and extension of the more than 400 kilometre network of collectors and secondary sewer networks.

The objective of the new water treatment plant is to serve up to one million users in 11 cantones of the Central Valley:  San José, Desamparados, Goicoechea, Alajuelita, Escazú, Vázquez de Coronado, Tibás, Moravia, Montes de Oca, Curridabat and La Unión. 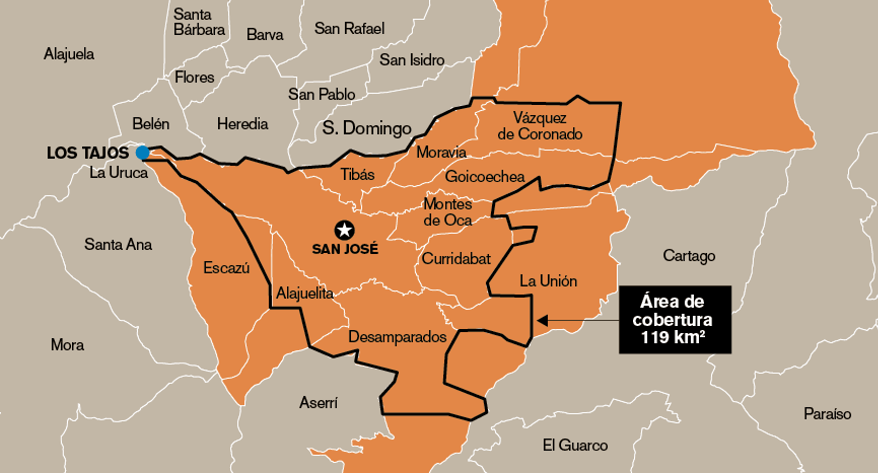 Once the poject is completed (in 11 months) it will rid the rivers and streams of tons of waste daily.

In Costa Rica, only 4% of waste is treated before ending up in the rivers, reservoirs, bays, gulfs and seas. Almost everything that comes out of a residential home, business and industry – feces and urine, chemical substances and heavy metals – ends up in the rivers and streams, transforming then into open sewers. This according to the XIX Informe de Estado de la Nacion (19th State of the Nation report).

Impact on rates. The project comes at a cost of US$388 million dollars, the first phase run by the Spanish firm Acciona Agua, and funded by the Agencia de Cooperación Internacional de Japón (JICA).

The loan will be assumed by the Central Government, says Carlos Herrera, head of the Water at the Autoridad Reguladora de los Servicios Públicos (ARESEP). Therefore, the amortization of the investment will not be reflected in the water and sewer rates. What will impact the rates, however, is the operation of the plant and the sewer network.

The official inauguration of the plant is set for September 1. 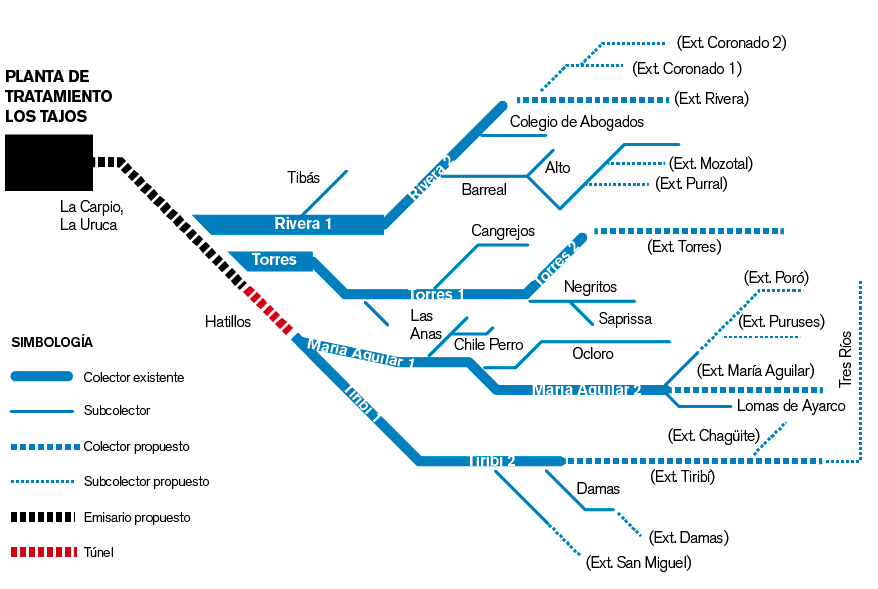 - Advertisement -
Paying the bills
Previous articleStolen In Costa Rica, Crashed In Colombia
Next articleA Casado Without Meat Or Egg For Many If Tax Plan Is Approved