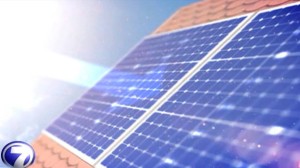 Presidenta Laura Chinchilla and the head of the state power and telecom, the Instituto Costarricense de Electricidad (ICE), Teofilo de la Torre, inaugurated the Miravalles solar park in Bagaces, a small town in the northwestern province of Guanacaste.

“Today we not only took another step in terms of increasing installed capacity to continue generating more electricity and meet our economy’s demands, but we also confirmed that our growth will continue to rely on renewable energy generation,” Chinchilla said at the inauguration ceremony Thursday.

The solar park, which also received US$1.5 million in funding from ICE, covers a 2.7-hectare (6.7-acre) area and will generate 1.2 gigawatt-hours per year, enough to power 600 households.

The plant is equipped with 4,300 235-watt solar panels, 10 power conditioners, a transformer and a control room, ICE said.

The institute also operates another much smaller solar energy facility in San Jose that has just 15 panels and is used to generate electricity for some ICE offices. EFE

QCOSTARICA - Good news for Ticos with traveling fever! From Friday, June 25, Germany will allow entry of travelers from Costa Rica as long...
Turrialba