An estimated (by Traffic Police) crowd of 200,000 gathered in Puntarenas Sunday to watch an international assortment of pilots in competition for speed and aerobatics as well as the joy of watching a two-place private jet whine by. The sun was hot but this was one of the few airshows where one can watch while cooling the feet in the ocean. 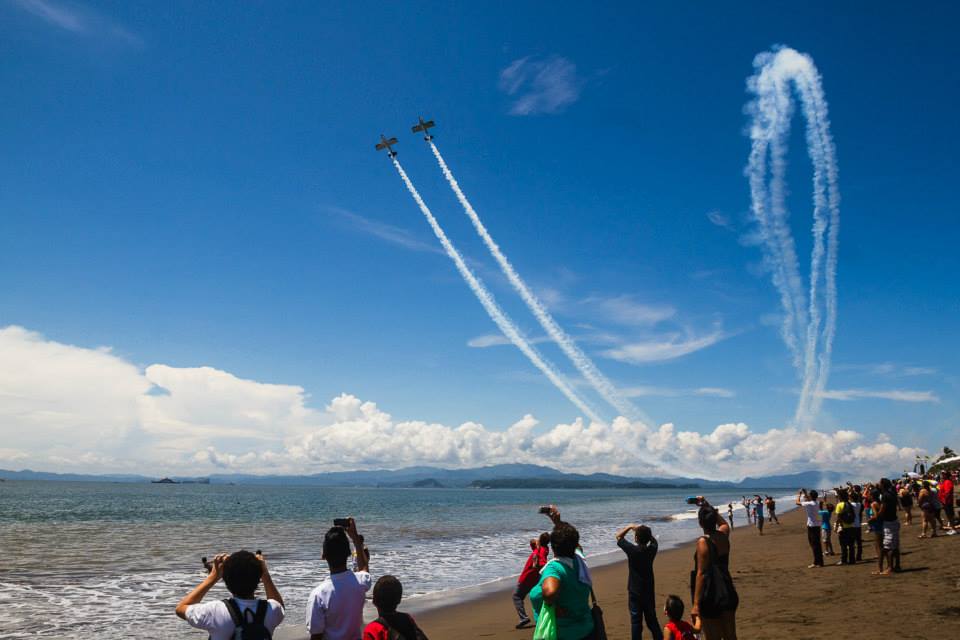 The Pacific port city had so many attending that Traffic Police were forced to close the car park near Paseo de Turistas (the city’s famous Tourist Walk along the shoreline) for fear that one more vehicle would mean that no one could extricate his car from the jammed area. 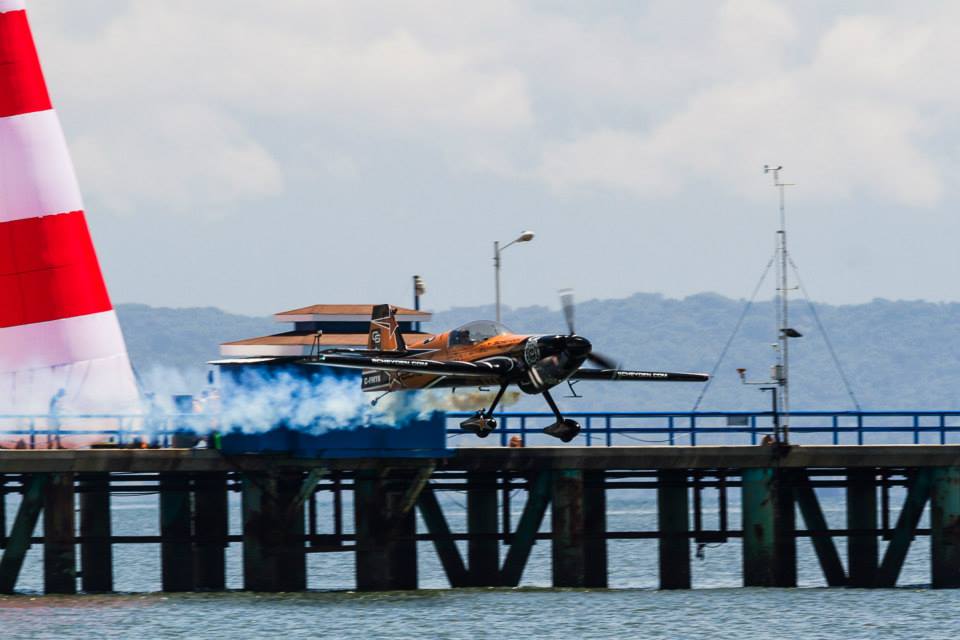 The planes ranged from the jet to a pair of acrobatic biplanes and a flyby from several helicopters. Such was the attendance that Jennifer Hidalgo, representative of RPM TV, one of the sponsors, admitted that it was out of control of the organizers.

Despite this, there were no accidents in this dangerous sport nor injured spectators. Those unable to park nearby walked some distance to see the spectacle.

The first in the race over a course marked by huge inflatable pylons like overgrown traffic cones on steroids was contested by Guatemalans Juan Miguel Garcia and Mario Mena in the opening heat. They gained deserve applause by zig-zagging around a course.

They were followed by Skip Stewart, Canadians Eric Hanson, Ken Fowler and Dave Mathieson, U.S. pilot Martin Keller and Salvadoran Carlos Dardano, the race was won by Mathieson. The aerobatics honors went to Stewart for his expertise including a flat spin.

QTECH - Whether due to the global economic crisis caused by the Covid-19 pandemic or due to shortages of electronic components, raw materials, factory...
Vaccine