It is no secret that close ties between Costa Rica and United States have been creating certain cultural trends in the Central American nation over the years. The Halloween and Thanksgiving Day traditions come to mind, but the rise of consumer culture in Costa Rica is a better example. In this regard, some merchants in Costa Rica are poised to outdo their U.S. counterparts by augmenting the Black Friday shopping event with a Black November. 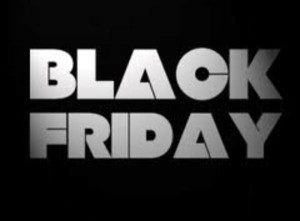 Black Friday in Costa Rica is mostly a 21st century phenomenon. It closely follows the post-Thanksgiving Day shopping madness in the U.S. and it just happens to fall right after a period of inventory clearance and accounting reconciliation in Costa Rica. In the U.S., Black Friday has the connotation of kicking off the busy holiday shopping season, which prompts retailers to use black ink pens on their accounting ledgers to mark profits rather than red ink for losses.

Costa Rica also had a notorious Black Friday in 2011 that involved police raids on the offices of a few online poker firms that were targeted by the U.S. Department of Justice. That may have been a sad Black Friday for online poker enthusiasts and industry insiders, but not for Tico shoppers who set aside portions of their modest paychecks and load up on credit cards for the November shopping bash.

What happens is that retailers in Costa Rica try to mirror the deep discounts seen in the U.S. during Black Friday. The intention is the same: Take a chance on reducing margin per unit, but move more merchandise and increase store traffic. This has been a winning formula for Tico merchants, especially for those who sell home appliances, electronics, clothing, toys, perfumes, and even tires.

For Tico consumers, the merchandise warehouses in the port of Golfito, province of Puntarenas, are a shopping mecca. This is where many imported items such as appliances, electronics and liquor arrive, and they are often offered at discount. Golfito is similar to a duty-free zone in Costa Rica, although all taxes are duly applied and collected here. The discounts are based on the fact that items purchased here do not enter the retail supply chain and thus do not incur transportation, distribution and marketing costs.

Instead of waiting for the Black Friday madness, retailers in Golfito have decided to turn the penultimate month of the year into Black November. According to a recent article by Patricia Leon of national newspaper La Nacion, Golfito is ready to welcome shoppers with reduced prices on November 1st.

Expats in Costa Rica who often complain that life here is just too expensive are often seen flocking to Golfito. This year, they will have many transportation and lodging options. Most of them leave from San Jose and provide shoppers with a comfortable, air-conditioned bus equipped with a bathroom to minimize stops. Bus tickets plus overnight accommodation cost between $50 and $60. Domestic airline Sansa, known for providing excellent service and even rescuing wildlife in Costa Rica, will offer round-trip flights to Golfito for just $87.

Some enterprising drivers in Guanacaste are putting together packages for residents of Playas del Coco and other beaches in the Pacific Northwest of Costa Rica. This usually involves transportation to and from San Jose. Shoppers who purchase big items such as stoves, refrigerators, washers, dryers, etc., can negotiate delivery from Golfito to their homes, which is usually about 3 percent of the purchase price. Expats are known to travel to Golfito looking for deals on trusted brands such as Whirlpool, Maytag and GE.

Costa Rica has some of the best beaches in the world. The coastline is blessed with golden sand, beautiful palm trees, and perfect blue...
Coronavirus

(DW) Jon works for the local government in the US state of Virginia. The 40-year-old received both his COVID shots in April. Most of...
Vaccine

Today, Thursday, June 17, vehicles with plates ending 7 & 8 CANNOT circulate The measure is countrywide and applied between 5:00 am and 9:00 pm,...
Travel