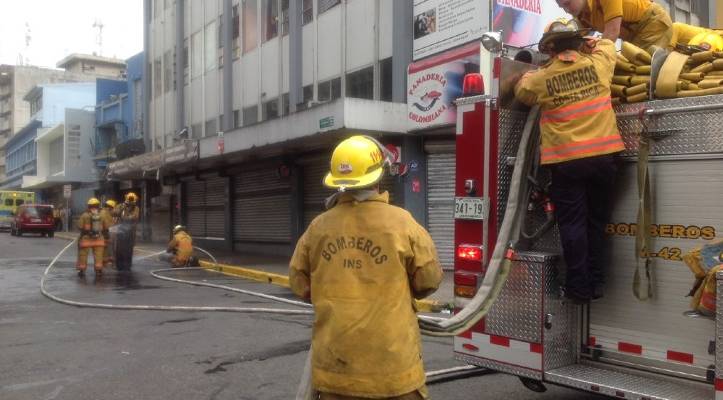 2013 was a busy year for Costa Rica’s Bomberos or Firefighters, setting a record year in the number of 50.792 responses, with three more days to go.

The director of the Bomberos de Costa Rica, Héctor Chaves, explained that the number is the highest in the 148 year history of the institution.

When compared to last year, when Bomberos attended to some 40.000 incidents, the increase is significant.

According to Chaves, the fire department reponded on average to 190 incidents daily, and a total of 23 people lost their lives to fire, including a firefighter in a forestfire. The number of fatalities is also a record.

Chaves is making a call on the populationto help prevent fires, in particular in carelessness that cause brush fires that can lead to serious consequences.

The statistics also reveal that 90% of the forest fires are started by human intervention. For that, the Bomberos and the Ministry of the Environment are working on a “Fire Act”, with the objective of defining preventive and educational actions, as well as penalties for setting forest fires.

December in Costa Rica is the start of the dry or summer season. For the Bomberos it is also one of the busiest times of the year.