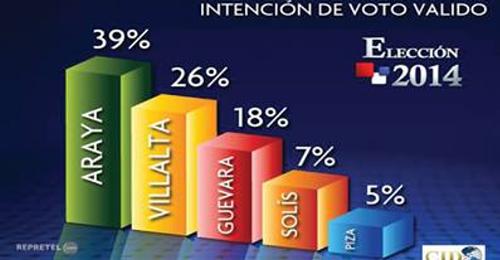 With a little over two weeks to go, the Partido Liberación Nacional (PLN) candidate, Johnny Araya, is back on top in the latest poll by CID-Gallup for Repretel. 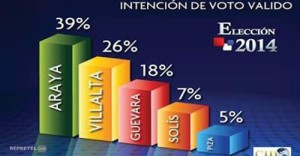 In December a poll by the Political Studies and Investigation Centre of the Universidad de Costa Rica (UCR put Villalta slightly ahead of Araya. Click here for the report.

Under Costa Rica’s election rules, a winner must have 40% or greater of the vote. If the elections were held today, neither of top two candidates would have a clear win, forcing a run off elections in April.